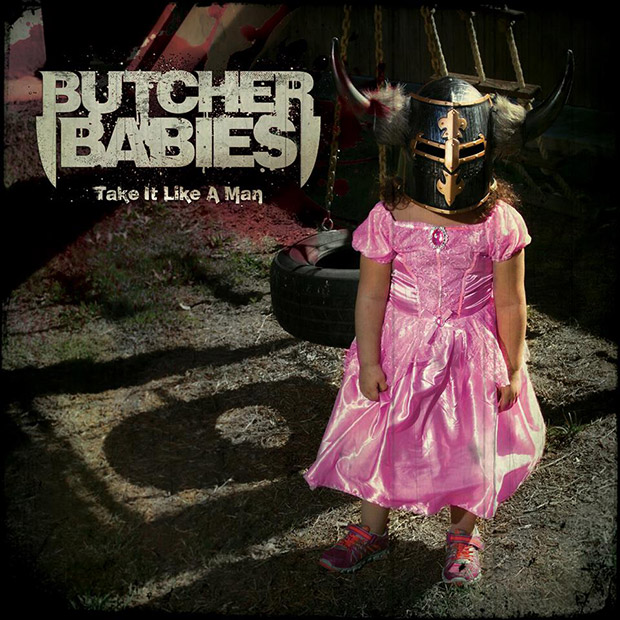 Butcher Babies – “Take It Like A Man” [Album Review]

If ever there was a band who split opinion then it is Butcher Babies. There are those people out there who view Butcher Babies as a musical abomination fronted by two pairs of screaming breasts, then there are those of us who view them, like myself, with morbid curiosity pondering the question as to whether there is more to the band than just the two, err, attention-catching females who comprise half of the group.

Well, having given them a wide berth after 2014’s Uncovered EP left me a little cold, it’s a nice surprise to hear that Take It Like A Man is, for the best part, a throat-ripping display of pounding industrial metal. Like White Zombie jamming with My Ruin, the likes of “Never Go Back” and “Dead Man Walking” scream out of the starting gate in a blur of juddering guitars, pounding drums and brutal vocals from Heidi Shepherd and Carla Harvey.

Infectious metal anthems litter this album right from opener “Monster Ball,” while even when they slow it down for the superbly emotional “Thrown Away,” the end result is more classy than clichéd. Ridiculously-tight throughout, the band sign off this album all guns blazing with the furious “Blonde Girls All Look The Same.” Seriously, if you’re not losing your shit after 30 seconds of this one then you might need to check your pulse.

Even though it’s 2015, as shitty as it seems, “chick bands” are still an easy target when it comes to the metal press, despite the best intentions of some of the leading female-fronted bands to show the genre’s quality. If you can get past that Beavis and Butthead sniggering at the sight of two half-naked women, you’ll hear that Take It Like A Man is the sound of metal how it should be played – fast, furious and fucking heavy!