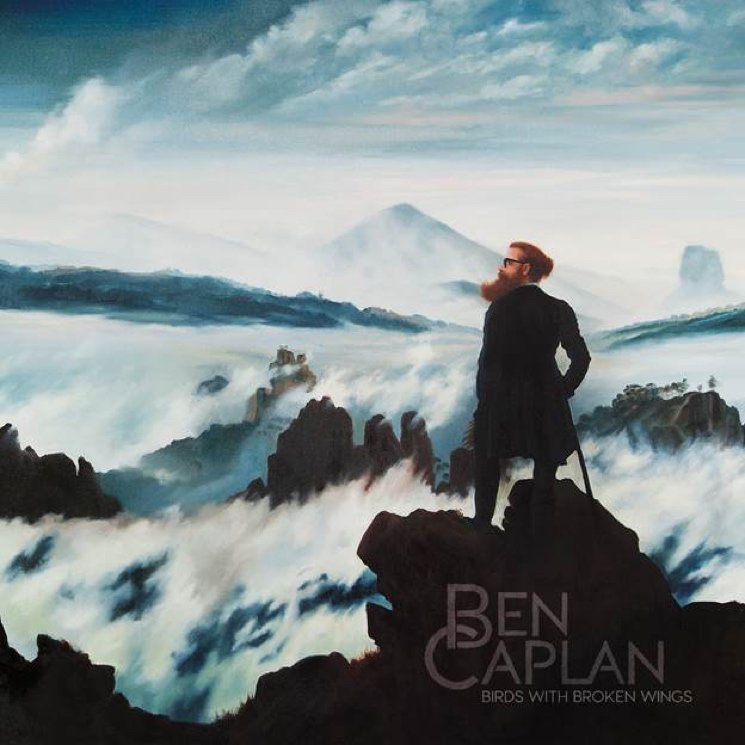 The latest release from Halifax singer/songwriter Ben Caplan definitely shows that he worked with Montreal hip-hop/klezmer artist So-Called, particularly on the opening and title track.

Birds With Broken Wings features an intoxicating melange of sounds from around the world with Caplan’s beyond his years voice riding atop it all, you’d be excused for thinking he’s a middle-aged chain smoking whiskey drinker instead of in his late 20’s. It’s hard to pin down the album’s 11 tracks and that’s what makes it so intriguing.

So-Called brings his world music feel to several of the album’s tracks including the gypsy-flavoured ‘I Got Me a Woman’ and the klezmer of ‘Under Control’ with its call and response lyrics that promises to become a staple at Caplan’s fun live shows.

But lest anyone think that he’s abandoned the troubadour sound that he’s become known for, he breaks out songs like the bluesy ’40 Days & 40 Nights’ and ‘Ride On’. Caplan even pulls out a couple pretty piano ballads, ‘Belly of the Worm’ and the album’s closer ‘Lover’s Waltz’.

Should he ever decide to become a crooner, he shows that not only does he have the pipes for it, he can also write a decent song as well. ‘Night Like Tonight’ finds Caplan missing his lover while he’s on the road and separated from them. The track combines jazzy horns along with orchestral flourishes.

The music found on the album may sound like a lot to take in but he makes it work. Whether he’s belting out a gypsy-folk stomper or crooning about how empty life on the road is without his girlfriend by his side, his strong voice provides the thread that holds all the songs together.

Caplan takes several seemingly disparate genres and fuses them together into an incredible, not to mention fun, whole. None of the songs on the album sound out of place. This is a strong second outing from one of the best artists Canada currently has to offer.

Ben Caplan is currently on the road in support of Birds With Broken Wings and will play the Mod Club in Toronto on October 2.