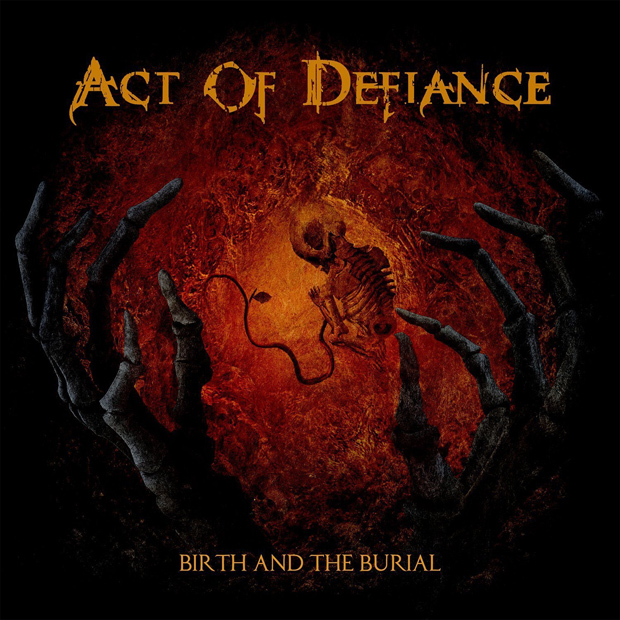 Act Of Defiance – “Birth and the Burial” [Album Review]

Considering Act Of Defiance feature a plethora of metallic talent amongst their ranks, including former Megadethians Shawn Drover and Chris Broderick, is it wrong to expect something special from their debut album? I don’t think it is, especially considering the remaining spots in the band are taken up by former Scar The Martyr vocalist Henry Derek and Shadows Fall’s former bassist Matt Bachand. These aren’t some two-bit thrash metal musicians we’re talking about here, so this had better be good.

Now, over the years, aside from a few tracks, I’ve never been the world’s biggest Megadeth fan, instead preferring the chaotic thrash smashed out by the likes of Exodus and their ilk. This, however, starts so promising with a furious, neck-wrecking modern thrashfest suitably named “Throwback.” From there on in, while tracks like “Dead Stare” and “Poison Dream” demonstrate how much pedigree there is within the Act Of Defiance line-up, they just fall that little bit short of the standard set by that blistering opener. Elsehwere, Derek provides a suitably throaty roar to back up the fretboard mayhem of the band and, as you listen to him unleashing all manner of snarling vocals on “Legion Of Lies,” you get the feeling it’s this kind of band where Derek has found his groove.

Speaking of “Legion Of Lies,” this is a perfect example of where this release falls that little bit short. You see, Act Of Defiance build up a real head of steam, there are times when they let their foot off the gas to break things up and, while it might work on paper, it just takes the shine off what is otherwise a solid set of modern thrash metal.

Check out the song “Throwback” here.