We’re happy to offer you a free download of the track “Back To The River” from Canadian psychedelic fuzz rockers We Hunt Buffalo. The song hails from the band’s forthcoming album, Living Ghosts, which is due out on September 25th via Swedish record label Fuzzorama Records.

The guys came together in the suburbs of Vancouver, BC and “throughout 2013…toured and performed with the likes of Sleepy Sun, Band of Skulls and Biblical and [were] added as main support to Monster Truck on their cross Canada tour later that same year. Fast-forward to today and the band has racked up notable support slots with Red Fang, Cancer Bats, Chevelle, Danko Jones, Electric Six and Steel Panther, along with an unforgettable appearance at Victoria’s Rifflandia Festival.” 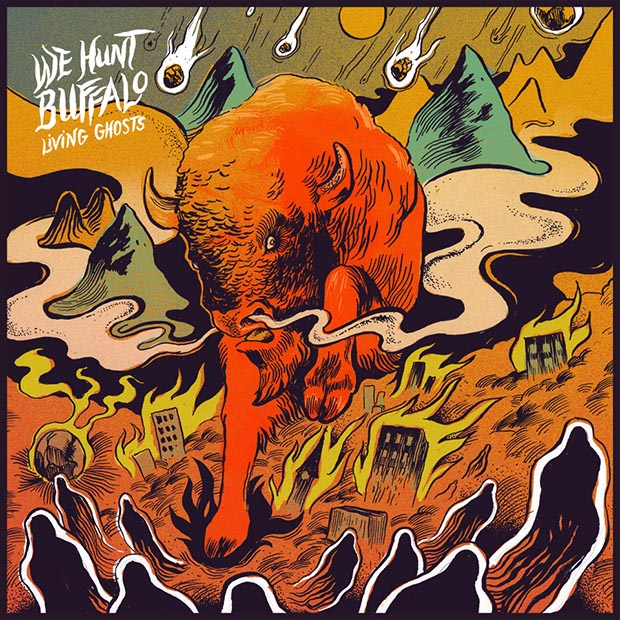