It’s summertime in the city of Toronto and there’s always something to do. This civic long weekend is a particularly fruitful one for music lovers. For fans of island music like soca and reggae, Caribana Festival is taking up residence in the downtown streets. For fans of house, electronica, and EDM, VELD Festival is calling Downsview Park home.

Day One of VELD seemed to be a promising one, the rain warning for the day was under 50%, enough for music fans to shrug off the idea of rain and venture to the park in droves, quickly filling up the park grounds. By 3 pm when I arrived, the venue was already busy with thousands of people still waiting in the General Admission lines. This was going to be a monster of an event.

The crowd went wild as The Chainsmokers took the main stage. The New York DJ/producer/songwriter duo of Andrew Taggart and Alex Pall wowed the dancing crowd with their unique remixes of indie music, the style for which the duo has become internationally known. Their music is upbeat, happy, and with original lyrics that are amusingly tongue in cheek, like their single “Kanye” that the VELD crowd adored. They took every ample opportunity to call out and engage the crowd. The duo certainly put on a great show.

Unfortunately, that show was cut short as the rain warning that loomed over the weekend became a larger threat. Dark grey ominous clouds slowly rolled over the stage, cutting the Chainsmokers set short.  The unpredictable weather caused everyone to become restless as they milled about in silence on both the main stage and Barcardi side stage. Security confirmed an impending storm warning as the cause for delay and that an on-site meteorologist was calling the shots. Ironically, we were barely hit with rain as the sun was still beating down through the dark clouds. This delay lasted over an hour, and though the crowd and staff were both frustrated, the situation was handled impeccably well and soon the music commenced.

Back on the main stage, Nicky Romero was ready to get the crowd back on their feet. The Dutch DJ and producer, one of the top progressive DJs on the scene today, who also spent time living in Ontario, exclaimed how he felt like he was coming home to perform for Toronto. The weather delay had made everyone antsy to keep going so Romero offered a particularly enlivening set to jump start the party. In his mix were his singles “Toulouse” and “Warriors”, and the crowd went wild and danced their frustrations away. After his set, Romero milled around near the backstage entrance shaking hands, giving hugs, and snapping photos.

Later in the evening, headliner Steve Aoki took the stage. Aoki is known as a fun-loving jokester on the stage, who takes his moments to tease, taunt, and at times prank the crowd. For this reason, I was eager to see his set. In the audience, I saw a number of signs for Aoki asking to be “Cake Face”d , his single where he is known to throw slabs of cake, frosting and all, into the crowd to land face-first on audience members. I was wondering if this act that is both fun but potentially dangerous would happen at VELD. It didn’t, but he did throw in a few unexpected remixes of Linkin Park, Oasis, Pharrell, and even Celine Dion and The Lion King. It’s enough for anyone who would normally scoff at the French-Canadian songstress, to dance along where they stood and sing to the lyrics.

Closing off the first evening was Deadmau5, one of the masterminds behind VELD Festival, who dazzled the audience with a unique stage spectacle. Joel Thomas Zimmerman, aka Deadmau5, is one of the world’s leading progressive DJs based out of Toronto. Most notable to his closing set was the change to the stage. Gone was the standard DJ platform that all other artists had been using and in its place was a unique domed cage structure that lit up and opened in the center. From within the domed cage, Deadmau5, wearing his signature “mau5head”, spun his iconic house beats. It didn’t take long before the mouse left the cage, and Deadmau5 spun and moved freely, soon shedding the mau5head revealing his true face. With an impressive light and pyrotechnic display, the crowd danced into the night.

The second day of VELD was unfortunately cut very short as the storm that had threatened the weekend finally let loose. Though it had been incredibly hot during the late morning and early afternoon, the wind was suddenly picking up fast. It was enough to pause Mat Zo‘s set as security had to move in to secure hanging sound equipment that was getting caught in the gusts.

Later on, dark clouds rolled in as Oliver Heldens was getting the crowd hyped and though the sky looked ominous, the audience danced away. Unfortunately, it didn’t take long before Mother Nature called the final shots and the festival shut down for a weather evacuation. It happened at just the right time, too, as not more than a half hour after the crowd began exiting Downsview Park,  the torrential downpour began.

It’s unfortunate that the summer weather lately has been so unpredictable and has been interfering with many of the local outdoor music festivals. Back in June, Digital Dreams also had one of their days cut short due to bad weather. And though Warped Tour managed to keep going, it certainly wasn’t dry. Here’s hoping the weather doesn’t interfere with the rest of the summer weekends and remaining festivals and outdoor shows. 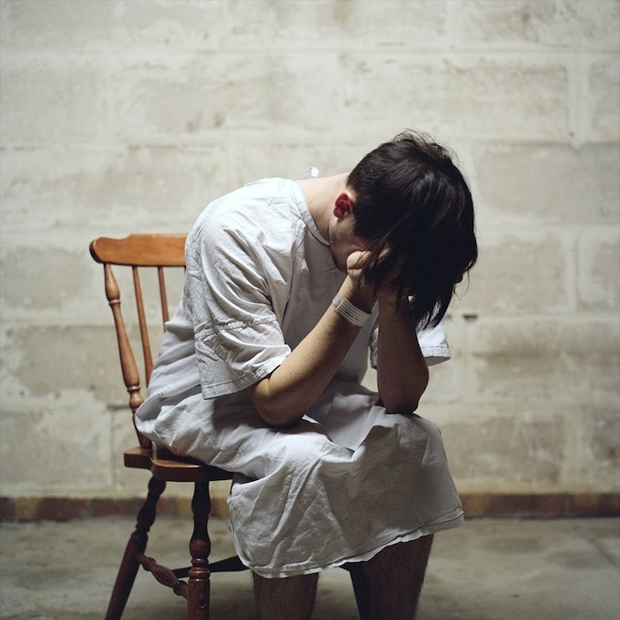 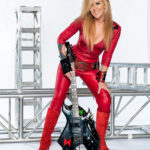