Although it may sound crazy to make the comparison, William Shakespeare himself said, “Art doth hold the mirror up to nature.”

Despite bouncing from studio to studio for five years before settling at Universal Pictures, Straight Outta Compton accomplishes something rarely found in biopics – let alone one about the most controversial rap group of all time – by actually keeping it real, much like the music N.W.A. created.

The definition of “art” will always be subjective, but where art comes from is an entirely different discussion. This is exactly what Straight Outta Compton is about. This movie reveals and humanizes a group of artists that embodied freedom of speech, with incredible attention to detail while keeping the vibe loose and fun. Artists who make a difference not only create a name for themselves, they define genres. The thing that most people fail to realize is that in most genres, there are very few “artists.” N.W.A. was the zeitgeist of their time.

It shouldn’t be overlooked that this film is essentially about the men who smoked the mic with what they had to say, as opposed to glorifying guns and drug dealing. This is not Scarface. The central conflict does not revolve around a ghetto mentality and making that look cool. It’s about five guys stuck in a gutter-like environment that refused a future of selling drugs or toting guns, and created a solution by writing songs about their surroundings.

The film shows how they used their environment to create the soundtrack to their life as a means to bring their story to the world, teaching the lesson that it’s about using your mind to prosper in bad circumstances. Director F. Gary Grey crafted a narrative bomb that paints a compelling and empathetic portrait of the characters. Straight Outta Compton is miles ahead of any other feature Grey has directed, including The Negotiator and Law Abiding Citizen. Here, he’s crafted a finely tuned vehicle to convey the story about how five guys discovered themselves as artists. 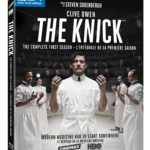