The album features 10 songs that musically express Ortega’s journey in reaching her goals. As an artist who’s constantly on the road, Ortega sings about the places she’s seen, the people she’s met, the struggles she’s faced and continuously chasing after her goals, which helped piece together in creating Faded Gloryville.

When you decide to purchase Ortega’s album, be on the lookout for track three, “Tell It Like It Is” and track four, “Someday Soon,” which would be two of the better songs from the album.

“Tell It Like It Is” has a catchy rhythm to it and the beat of the drums is definitely one of the best parts of this track. “Someday Soon” slows it down a bit, but it has a 50s/60s era feel to it that mixes well with the country music genre. It’s the type of song you’d hear your parents play in the morning to start off the day, regardless of its lyrics meant for hopeless romantics.

What would be the best part about Ortega’s album is how beautifully raspy her vocals are. Whether she’s singing a slow ballad about waiting for love or perform an upbeat song about manic behaviour, her vocals don’t change the fact that you won’t be disappointed from one song to the next. Considering how perfectly her voice suits the country music scene, Ortega manages to balance it out with a spice of rock and roll. She even goes back to 1967 with her rendition of The Bee Gees’ “To Love Somebody,” which she uniquely takes on and manages to do quite well. Faded Gloryville will be released on August 7, 2015. 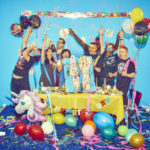 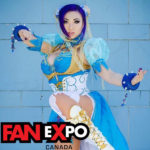