Shows where an entire album are to be played are something of a gamble. While the ebb and flow of an album’s pace may work on a purely sonic level, this doesn’t necessarily always translate into the multi-sensory medium of a live performance, and in the case of Korn, one may also be forgiven for feeling a tad cynical about a troupe of 40-somethings venting the teenage angst that was so fresh in their minds 20 years back.

With apprehensions heightened further by a more than 20 minute delay due to apparent technical difficulties, any lingering doubt is however rapidly suckerpunched and hurled out the window as the Bakersfield quintet take to the stage with a ferocity wholly undiminished by the passage of two decades. Launching into album opener “Blind” with his trademark “Are you ready?!”, an Adidas shell-suited Davis and his bandmates transform the 5000 body sold-out crowd into a churning pit of flesh, roaring along to every word as the band jackhammer their way through an record that pioneered a genre, its menacing cover art blown up as a backdrop leering over the stage.

If this doesn’t make you feel 15 years old again, then it’s probably because you’re, well, only 15 now, and if anything, the band’s music has really only intensified over the years, with live mainstays like “Clown” and “Shoots and Ladders” sounding more furious and polished than ever before.

Brixton Academy’s ceiling appears to be sweating by the middle of the show, and the sheer decibel level of the crowd screaming a notorious line in “Faget” about engaging in a certain activity with a certain body part (and most importantly, enjoying it) threatens to bring the balcony down. But it’s probably the rare treat of a performance of “Daddy” which hits the hardest, the agonising poignancy of the lyrics apparently overwhelming Davis as they conclude the performance of the album.

A short encore of a few live staples lighten the mood once more and the evening closes with Korn proving to one and all that nu metal may no longer be nu, but it’s adopted a new generation who relate to the album’s enduring themes of adolescent isolation and frustration, ensuring its social relevance remains along with its musical legacy, even if the majority of that generation seem intent on watching the show through the mobile phones held above their heads.

Check out the song “Blind” here. 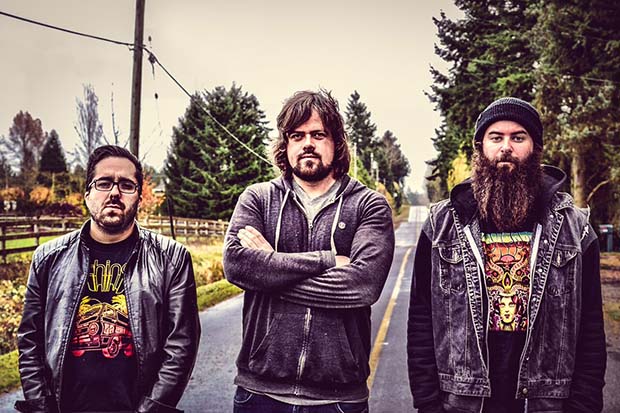 We Hunt Buffalo – “Back To The River” [Free Song Download] 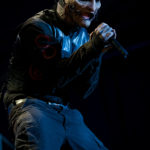