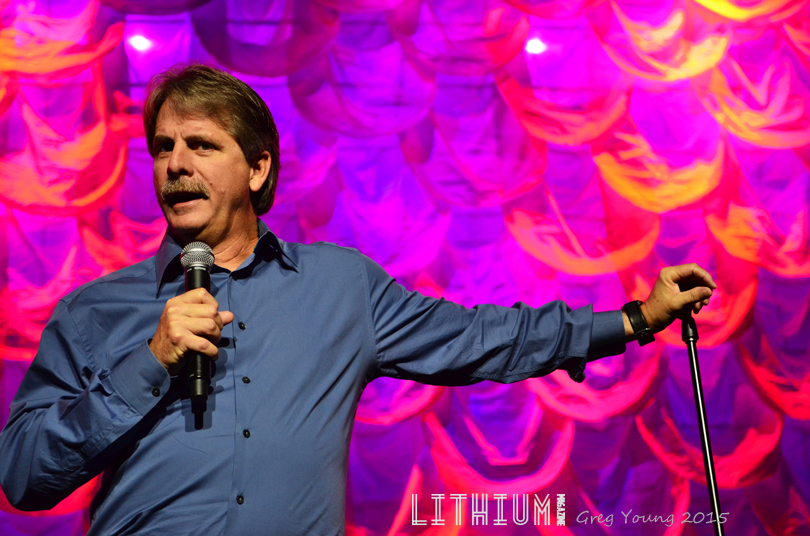 It is said there is no better form of therapy than a healthy dose of laughter and, if that’s the case, then fans were in session with comedic genius Jeff Foxworthy at Casino Rama this past Saturday night.

Foxworthy has built an empire on his widely known series of You Just Might Be A Redneck jokes, yet his true appeal lies in transforming his experiences into relatable material. His blue collar demeanor and self-deprecating hilarity have proven to be a wildly successful combination for the funny man.

During the hour and a half show, fans were given a snap shot of Foxworthy’s personal life, including colonoscopies, kidney stones, and his affected reactions to cat vomit, just to name a few. Sure, the material teetered on oversharing, but that was the mastermind of it all. People were continually nodding and poking their partner all the while with that knowing look. Foxworthy finds a way to say what we are all thinking with just enough nice guy edge that you couldn’t possibly be offended.

Foxworthy kept the eye watering and knee slapping alive by running through a few specially formed lists, including “these are the facts,” and “you can’t Google this stuff.” I would love to share my personal favorite; however, I wouldn’t want to spoil the effects. Suffice to say my abs and cheeks have never hurt so much.

About halfway through the set, it occurred to me; I hadn’t heard Foxworthy use any profanity during the set. This classically clean approach kept the fans engaged and on equal terrain for enjoyment.

Of course, Foxworthy couldn’t depart without his signature redneck reel, and so it began a firing squad of such, earning the biggest giggles of the night. Surprisingly, they appeared to be fresh renditions.  Even more surprising, I just might be a Redneck after all.