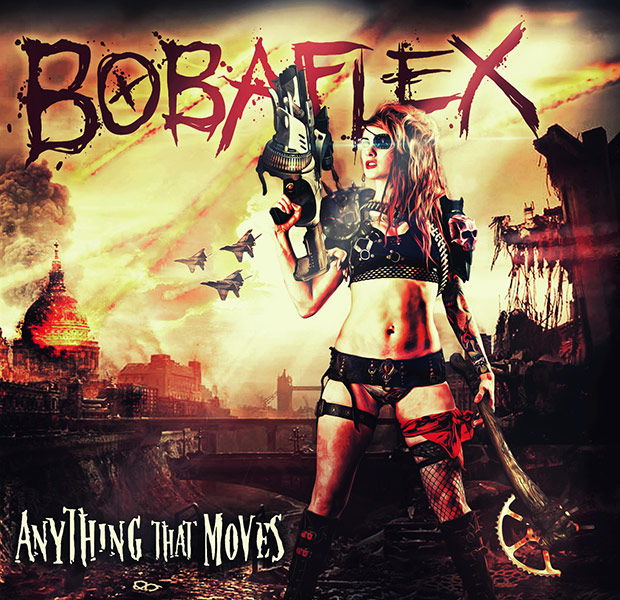 Bobaflex – “Anything That Moves” [Album Review]

The problem with some bands these days is that they expect everything on a plate without having to earn their stripes. However, one band who you can’t level that criticism at is US rockers Bobaflex who, with the release of their new album, Anything That Moves, take their career total to six albums and an EP. So, with a wealth of experience under their belts it comes as no surprise that Anything That Moves is the sound of a band who are the epitome of a hard-working American rock band.

A big-sounding, polished album, Anything That Moves is made up of a solid collection of songs that, had the opportunity arisen, would have seen these Virginia hard-rockers filling arenas across the States many years ago. As it is, Bobaflex are probably now at that stage in their careers where songs like “Lose Control” and “Start A War” aren’t going to win them many new fans, but won’t disappoint the legions of fans they’ve picked up along the way. Listen to songs like “Objectified” and “Burn Them All” and you can hear bits of Papa Roach, Avenged Sevenfold, Nickelback, Five Finger Death Punch – roll that all into one and you end up with Bobaflex. Even the ballad, “Turn Me On” has the kind of sound that could have turned these guys into superstars.

Lead from the front by the Mccoy brothers, Bobaflex are an unsurprisingly tight unit as Anything That Moves displays. Sounding like a band who have found their comfort zone, can write a good traditional rock song, and shed blood, sweat and tears for their cause, you can’t help but give Anything That Moves the thumbs up.

Check out the song “Mama (Don’t Take My Drugs Away)” here.