Long-time, repeat visitors to the Myrtle Beach area will undoubtedly agree that, as much as they may or may not like it, things change along the Grand Strand from year to year – the addition of a new hotel or condo complex, the changeover of a restaurant, removal or commencement of an attraction, and even the onset of a new chain of beach stores to rival the original Wings or Eagles.  But one thing that has remained a constant for the past twenty six years has been the Barefoot Landing.

Originally the Barefoot Traders, this unique Intracoastal Waterway based complex of shops, restaurants, and attractions received a rebuild and was re-opened in 1988 as the Barefoot Landing.  And while it’s true that it has also undergone some changes within its individual establishments, it continues on as one of THE places for tourists to visit while in the North Myrtle Beach vicinity.  Why?  Because the Landing certainly has it all!

Want a dining experience that’s ON the water as opposed to alongside it?  Try dinner aboard the Barefoot Princess Riverboat.  Having trouble locating a special, one-of-a-kind gift?  Well, THIS is the place to find it, with a selection of a distinctive stores you won’t find anywhere else.  In the mood for some nightlife?  Take in a show at the Alabama Theatre, or live music at the House of Blues.  And if wildlife is your thing, then you’ve definitely come to the right place.  Built alongside existing marshland, the water surrounding Barefoot Landing is rife with egrets and herons, as well as fish, turtles and, yes – even local alligators.  You’re bound to see something lurking in the waters as you cross over one of 3 foot bridges that connect both sides of the landing.  But if you don’t, you’re not out of luck because Barefoot Landing also boasts Alligator Adventure – one of the largest reptile zoos in the world.

As the name suggests the attraction primarily hosts reptiles, with exhibits of every variety of alligator, crocodile, and caiman known to man.  There are even albino gators on display, along with the whopping, jaw-dropping King of Crocs dubbed Utan, weighing in at 2000 pounds.  Tortoises, lizards, snakes and komodo dragons help to complete the reptilian aspect of the zoo, and for the fur and feather loving visitors there is the addition of kangaroos, lemurs, marmosets, wolves, tropical birds, and several other animals that bear far less danger than the gators.  Just how much danger, you might ask?  Catch one of the daily live alligator feedings to see (and hear) for yourself, as the big boys of the park literally leap out of the water for chunks of raw chicken.  The sheer power of their jaws slamming shut should be enough to make you wide-eyed for the remainder of the day.

Still intrigued and want to get even closer?  That can be arranged too, if you make your way over to the handling and lecture area, where afterwards you can touch a baby gator and have your picture taken while performing the daring deed.

With park prices set at $21.99 for adults and $16.99 for children, it’s not a bad deal for a day of educational fun, especially since the park offers your 2nd day for free should you decide to return.  And if you’re worried about a steamy hot weather forecast, Alligator Adventure has thought of that as well, with enormous fans set up along the walkways to help keep the air circulating and the customers cool.

In the mood for something potentially as dangerous but perhaps a little more cuddly?  Then mosey over to the T.I.G.E.R.S. exhibit just over the center foot bridge, a fund raising effort that assists with animal conservation via the RARE SPECIES FUND.

With majestic adult tigers featured on one side of the free exhibit and spirited young cubs on the other, you won’t know which way to look first, nor will you know which to choose should you opt to pose for a photo (the fund raising portion of the exhibit).  You even have the choice of cuddling up with a young ape if you’d prefer, or adding him into the mix alongside a playful cub.  It’s impossible to be an animal lover and not partake, and the un-ending line-up of excited customers is undeniable proof that most visitors to the exhibit feel the same way. Though some might complain that photo sessions are a bit pricey, they’re not if you consider the uniqueness of the experience, where the money is going, and the fact that each session allows for up to five people in your party.  Not to mention that there are plenty of coupon booklets available throughout the Myrtle Beach area that offer up discounts on your photo… which in turn offers a $40.00 discount on a 3-hour safari style tour of the actual T.I.G.E.R.S. Preservation Station, http://www.myrtlebeachsafari.com/ located on 50 acres of property approximately 17 miles south of the Barefoot Landing.

In addition to tigers and several other big cats, the park proudly houses elephants, chimpanzees, wolves, and other endangered species, and offers an interactive experience for visitors unlike anywhere else.   It would be a roarin’ shame to miss it if you’re in the Myrtle Beach area. 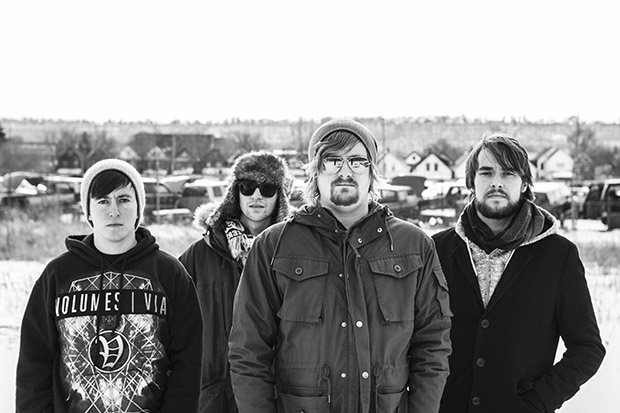 Zero Fire – “All We Are Is Evidence” [Free Song Download] 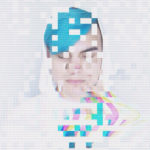