Smile Club, which sees We’ll Go Machete – Chris May (bass), Paul Warner (guitar), and Rachel Fuhrer (drums) – in absolute top form, is as the band writes: “a continuation of the agitated guitar rock they delivered in 2011’s Strong Drunk Hands, but is more varied and travels from Melvin-esque heaviness to spacious Slint influenced math rock to a swarm of angry fucking bees.” 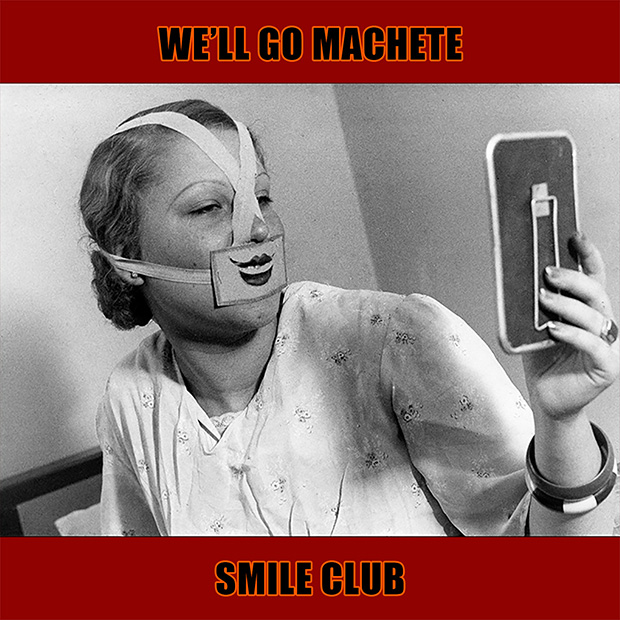