Man…I never thought I’d see the day where I’d be at a Sublime show. Like so many diehard fans, I was a mixture of excited and skeptical when Sublime with Rome surfaced some 5 years ago, and ended up riding the “No fucking way you’re replacing Brad” bandwagon for a while, particularly after I picked up their debut album with Rome, Yours Truly. My overall opinion of it was that it was a good poppy album with hints of classic Sublime, but that, ultimately, this is not Sublime. It wasn’t anything close to the standard or style of 40oz to Freedom.

But now that I’ve settled into their second album, Sirens, and have seen them live twice, I am a massively grateful that Sublime with Rome exists. They are Sublime. They are the best Sublime we can ask for given the circumstances, and they made it their primary duty to deliver those classics as brilliantly and authentically as possible to all the millions of fans that never had a chance. That, and they’re one of the most spectacular live bands I’ve seen in terms of musicianship.

What an accomplishment for Rome Ramirez, only 27 years old, to take on the role of fronting a reincarnated Sublime while maintaining an identity of his own. He kills it! He kills the classics, he kills the new tunes, he kills the vocals and he really kills it on guitar. But despite his position and degree of talent, Rome knows how truly lucky he is:

“I always knew I’d be doing [music], but I never thought it would be with Sublime. You can’t plan something like that,” he tells me when I gush about what a shock and thrill it must be to be in his shoes. I was no longer fazed by Yours Truly, which didn’t identify with Sublime’s sound nearly as much as Sirens. According to Rome, timing was a major factor in the difference between the two albums:

“With the first album, we were in a predicament where we just recently got signed and had a big tour lined up. We were doing all this press and playing festival shows and so we needed a record. It’s not the ideal way to record an album,” he explains, admitting the quality of the record was not exactly up to standard.

“But with Sirens, we really had the benefit of time on our side,” he continues. “We had taken multiple trips to the studio while touring and getting our feet wet. We put together a batch of songs that we ultimately dwindled down to 11. The luxury of time totally paid off.”

Yes it certainly did. What I found to be really interesting about the album is that there are two very distinct sounds going on – one that is more in touch with modern, poppier reggae, and one that is just straight up killer punk reggae. Even more interesting is the way they arranged the songs to make the album something of a 2-in-1, where the first half is modern and the second half is classic. As I mentioned this to Rome, he began to laugh:

“That was totally deliberate. The bridge between the two halves is ‘Promise Land’, but the whole thing is meant to be played in one listen. There’s very little dead space between songs. Some songs even spill into the next one. We did that deliberately to keep the flow going.”

This clever arrangement gives both old and new generations of Sublime’s audience an opportunity to either take in the album as a whole, or stick to the style they prefer. I have friends who love the first half in all its modern pop glory, while others (including myself) stick to the second half where it feels like you’re listening to unreleased classics. It’s a win-win that becomes an even bigger win-win if you like both sides.

One of the coolest elements on the album, which you hear within the first few seconds of the opening track (also called “Sirens”) is a sample of Beastie Boys. Rome agrees hearing a song from that era being sampled today is indicative of music’s evolution, but that sampling has always been a part of Sublime’s sound and will continue to be:

“It’s kind of what the band has always been about, you know, paying homage.”

Rome and I were chatting in the artist lounge area by Molson Amphitheatre a couple of hours before their set at TD Echo Beach, on a massive North American tour. I had seen the band play a month prior at Amnesia Rockfest in Quebec (where they destroyed their sunset slot for a crowd of at least 50-60K) and haven’t stopped gushing about it since. There was no way to get me closer to heaven on earth than swaying to classics like “Smoke Two Joints” and “Santeria” with eyes closed, hands (and joints) in the air as the sun sank…it was a glorious moment for Sublime fans.

Rome recalls the show with a smile, and agrees it was a hell of a good time. The band could have literally duplicated their set, breath for breath, and I wouldn’t have complained, but I asked if there would be any difference in what we saw at Rockfest versus what’s happening on this tour.

“On a tour everything is well executed and prepared for any situation. We’re with our gear, our amps, our sound. We had rehearsal time and intricately plan out the show and get the speakers dialed in, as opposed to festivals where you show up and just hope…[laughs]. We also have more time on tour, so we can pull a lot more out of the bag. We’re implementing more new songs into the set.”

I never ever thought I’d say this, but…I’m actually kinda disappointed they didn’t play more new songs at Echo Beach that night. I know right? Who the hell wants to see new material at a fucking Sublime show? But I’m telling you, songs like “Promise Land” and “Best of Me” are right up in the arena with “Pawn Shop” and “Seed”, and we can definitely use more of that in our ears. Actually I wouldn’t have minded if they played “Pawn Shop” or “Seed” (or “Jailhouse” or “Caress Me Down”) either.

Other than that, they pulled off another sunset slot rife with hits, this time to a much more intimate (but equally stoned) crowd. Then, picture this: in a completely unplanned but incredible twist of fate, the closing fireworks for the PanAm games started shooting off behind the stage just as the band is closing off the show singalong style with “What I Got”. You could feel the crowd heighten and everyone sang louder before breaking out into cheers as Rome honours Brad to the final riff.

“Play as often as you can,” he tells me when I ask for his advice to younger artists. “Play everywhere. Play for free. Play as much as possible. Practice and be a tight band. Be the kind of band that other bands are jealous of when you walk off stage. Be so good that they can’t say anything about your musicianship. I think that’s a good place to start.”

Finally, Rome claims his success was a result of taking a risk in the name of loving music:

“I never would have ended up here if I didn’t just say ‘fuck it’, pack my bags, move to Hollywood and see what happens. I mean it’s scary, you don’t know what’s gonna happen. But at the same time, if you love something – be it a person or career path or whatever – you’ll do whatever it takes and make whatever sacrifices to get it. Once that made sense to me, there was no way to really be unhappy because I chose to be there, I’m doing what I wanted. Just get off your ass and do it.”

Sirens came out July 17 and is available on iTunes, Amazon, and the band’s own webstore. 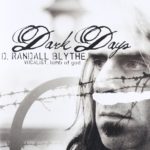 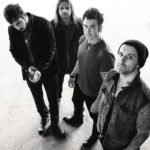