Look, I don’t know what the H-E-double-hockey-sticks is actually going on, or went on, between Enabler guitarist/vocalist/mastermind Jeff Lohrber and former bassist Amanda Daniels. The two used to be bandmates as well as a couple. Accusations were thrown into the public arena by Daniels which, predictably, in turn were denied by Lohrber, but it’s like my Mama always taught me: somewhere in the middle of both sides of any story lies the truth, but unless it directly impacts or threatens your personal health, safety and/or well-being, it’s probably not really any of your business.

Overshadowed by all the interpersonal discord is the fact that the band has a new album in the wings, a record that shines one of the brightest spotlights in recent memory on not only the effectiveness of the combination of metal and hardcore, but also the expansive growth that has emerged from the Enabler ranks in such a short period of time. That’s not to say that Fail to Feel Safe doesn’t keep along the concrete columns of extremity and intensity of previous albums, it’s that the fury and fire is tempered with a broadening dynamic sense and it’s being pulled off in rapid succession from one record to another in about the time it took Metallica to write “Fade to Black,” proverbially speaking.

Lohrber has the uncanny ability to wrangle riffs that are as catchy and hummable as they are crushing and steam-trucking. His combination of power and octave chords, along with fiery pull-offs and hammer-ons from the playbook of turn of the century tech-core warriors like Coalesce and Botch, and delectable bits of Voivod-like dissonance, makes for the sort of rage you can set explosives manuals as well as extreme music oral histories to, which the drums add to the momentum with their own sense of kinetic gallop.

The difference on this album is the fearlessness exhibited by “By Demons Denied,” the title track and “Malady” in adding elegiac parts that owe a great deal to death/goth rock and Iron Lady-era Britannia with creepy hanging guitar chords and cleaner – not “clean” – vocals. As well, there’s a thunderous homage to sludgy doom on “Euphoric Revenge” and a salute to melodic punk on “Demolition Praise.” Where Enabler demonstrate an aptitude is in how they’re able to make these movements and include these disparate additions making them seem so seamless, with an impeccable flow while still retaining all the power and crunch that gets fat dudes colliding their shirtless jelly bellies in mosh pits everywhere.

Praise be to those bands that can their keep fingers dipped in their roots while incorporating new ideas while still sounding like their roots remain of vital importance to them. Praise be to Fail to Feel Safe.

Check out the track “By Demons Denied” here. 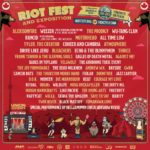 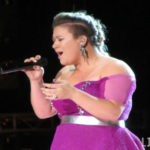