Review and Photos by: Darren Eagles

Saturday of Big Music Fest 2015 turned out to be a hot and raucous day, filled with a variety of musical flavours from the very new to the tried and true. McLennan Park in Kitchener was the site again this year, but was pared down to a local rock show on Friday and the headline show on Saturday, with the Sunday bill of Rod Stewart and Blondie being cancelled early on in the season.

The main show started with a bang as Kingston’s The Glorious Sons hit the stage like a freight train.  Front man Brett Emmons is a madman on the mic, with his larger than life stage persona and his Indiana Jones microphone cord whipping skills being a sight to see.  Their debut album from 2014 called The Union is a rare find in today’s music scene.  It’s immensely listenable, with hard driving hooks and thought provoking lyrics, as well as having many of the tracks already in rotation on Canadian radio stations.   “The Contender” and “Lightning” were standouts in their set.

American rockers Extreme were there to “Get the Funk Out” with their 80’s and 90’s brand of funk-rock.   Guitar master, Nuno Bettancourt was joined onstage by other original band members, frontman Gary Cherone and bassist Pat Badger.  Drummer Kevin Figueirdeo had has work cut out for him as the newest member of this powerhouse beat machine.  Cherone had all the moves that we have come to expect as well as the vocal chops to still get it done after all these years.  Bettancourt is considered one of the world’s best guitarists.  And witnessing his skill on the axe is something worth the price of admission.  While the band is known for their heavy funk style, they are also known for some of the most popular rock ballads in history.  “More Than Words” and “Hole Hearted” was a pair that provided earworms for the rest of the day.

Hamilton’s own storm system called Monster Truck was up next, to turn it up past 11.  Blues-rock fuelled guitar riffs, Hammond B3 tones, aggressive stage work and hits up their asses, showed the fans that these guys mean business.  Fresh off their Australian tour with fellow Canadians, Nickelback, and still in the studio working on their new release, guitarist Jeremy Widerman and the boys rolled out a laundry list of the work that’s getting them noticed worldwide.  Opening with “The Lion”, they put the pedal down and didn’t let go.  They even unveiled a couple of new gems that showed the next album has significant teeth as well.   Ending the set with “Righteous Smoke”, the crowd was fully engaged and ready for Jane’s Addiction.

Perry Farrell and Dave Navarro command attention whenever they hit the stage.  Farrell worked his magic dressed in a black and blue stage suit with matching hat, while Navarro briefly sported a “Jesus Saves… Money” T-shirt before unveiling his true style, in all its inked glory. Farrell is a performance artist, poet, crooner and rocker all rolled into one.  His sky-high vocal timbres still hit all the right emotions intended within the band’s songs.  The ethereal hit “Up The Beach” and “Mountain Song”, both from their second release all the way back in 1988, opened the guitar heavy show that Jane’s Addiction has been known for since before the grunge scene. Writhing and dancing among his bandmates, Farrell cast his spell as he always has, with charm and conviction.  The setlist was heavy on the band’s first three releases, with “Stop!” and  “Been Caught Stealing” definite crowd favorites. A Jane’s Addiction show is never without its share of sexual imagery, and this one was no different.  During “Three Days” and “Whores”, 4 lingerie models took turns showing off their talents to the crowd.  Farrell quipped, “This is the best show you’ll ever see in the daylight”.  At one point, a pair of the models were hooked to trapeze lines through nothing but the skin on their backs and hoisted up high above as they swung about looking like creepy hanging bodies.  All while the band was roaring their fury in the background.   It was intriguing and a bit weird at the same time.  Their ambitious set came to a close as the band lined up at the front of the stage with Stephen Perkins on the steel drum sounds of “Jane Says”, as Navarro and bassist Chris Chaney held court in high back upholstered chairs and Farrell paced the stage serenading the fans.

The sun was fading now, and it was time for headliners Soundgarden to show them all how it’s done, old school.  Wasting no time letting loose the hits, drummer Matt Cameron, guitarist Kim Thayil, the original angry bassist Ben Shepherd, and of course uber frontman Chris Cornell came out big, loud and in charge.  They have been dusting off old rarities lately, with 1994 B-side “Kyle Petty, Son Of Richard” and “Singles” movie Soundtrack hit “Birth Ritual” making an appearance this night.  The former was debuted live earlier this year and the latter hadn’t been played live before earlier this year for 23 years.  The look on the faces of some of the superfan level members of the crowd was pure elation. They knew what they were hearing was special.  The band worked their magic on “Jesus Christ Pose”, “Hunted Down”, “Outshined” and “Black Hole Sun”, just to name a few of the solid 90-min set.

Ending off with a one-two punch of “Rusty Cage” and “Slaves and Bulldozers” was punishing and satisfying.  As the band left the stage, Thayil remained, and worked the noise level on his guitar to ear shattering proportions, finally leaving it to rest and resonate on the stage.  No encore.  Didn’t need one.  They left nothing out.  The band isn’t on tour at this point, and isn’t promoting a new album, so this was really just the band playing what they wanted, and we were lucky to have them for this one-off show.

Artwork for “Someday At Christmas” by Tamia

Get the Funk Out

Power of the People

Don’t Tell Me How to Live

Call It a Spade

Blow Up the Outside World

The Day I Tried to Live

Been Away Too Long 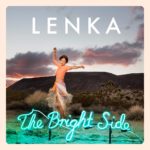 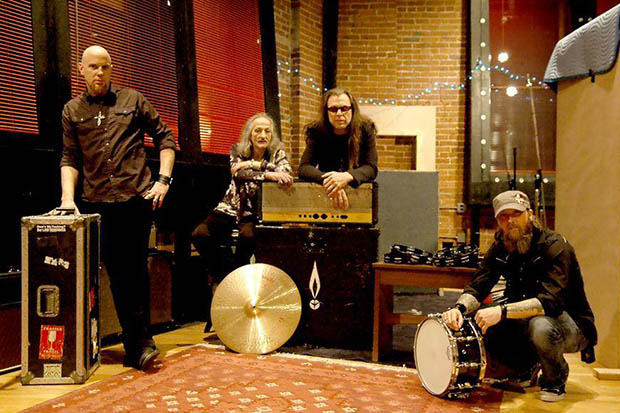