Typically, when someone thinks of a supergroup they think of something like the short-lived act SuperHeavy, featuring members Mick Jagger, Joss Stone, Damien “Jr. Gong” Marley, Dave Stewart, and A. R Rahman. So, did someone set a standard for the amount of success someone needs to have had before they can create a supergoup? We Are Harlot is considered a supergroup (at least according to their Wikipedia page), with vocalist Danny Worsnop (who I christen Teen Wolf) from Asking Alexandria, guitarist Jeff George from Sebastian Bach, bassist Brian Weaver from Silvertide, and drummer Bruno Agra from Revolution Renaissance.

The problem with “supergroups” is that a lot of the music can sound like recycled material from previous bands, and this is definitely the case with We Are Harlot’s self-titled effort. Even the lyrics and song names sound like they might’ve been picked up off of the cutting room floor of each member’s previous bands. Not to say that We Are Harlot doesn’t make some decent ’80s-inspired rock, it’s just that the album is dripping with things that have already been done, from the tunes to the hairstyles and outfits.

Lyrically, We Are Harlot is entirely about sex, with its prose about as subtle as those in Ginuwine’s “Pony.” With lyrics like “the smell of sex is all it takes,” (“Dancing on Nails”), “let’s do it ’till we can’t see no more,” and “just tell me sex is what you need to fix it,” (“Denial”) I’m left wondering if Ginuwine or R. Kelly have writing credits!?

Instrumentally, We Are Harlot is a decent disc full of nods to ’80s rock, even in dress and hairstyles, complete with Teen Wolf on vocals. Sure, on the surface We Are Harlot is an enjoyable album, but dig a little deeper and it becomes pretty predictable.

Check out the song “The One” here. 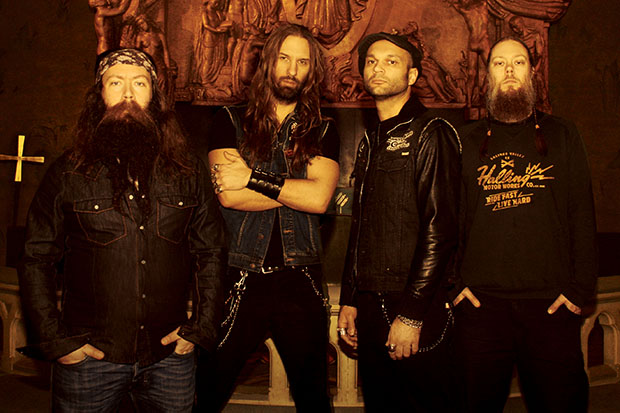 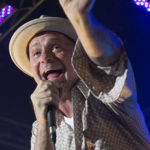