Wow, that was Slim Twig?!

The concrete rockabilly artist has shed his quirky sound in favor of full-on, 60’s/70’s-style arena rock. With long hair and an outfit that looked like something a classic rock star would have worn during their heyday, Twig and his bandmates definitely brought the rock to the capacity crowd gathered at the ‘Shoe.

He kicked off his set with a psych-rock influenced number and said he was trying out new material. He seemed to take on the character of a rock star, delivering his between song banter in a breathless voice, though considering the way he was energetically throwing himself into the music and striking frequent guitar god poses, it may have been genuine. But he is also an occasional actor so it may have just been a character he was playing.

It was fun to spot the classic rock influence; one song had a classic, Cheap Trick-style power pop feel to it. The intro to one song sounded like a rocked out version to the ‘Theme from Shaft’ before it shifted into a Sabbath-influenced classic metal number, complete with a blistering solo.

He commented that his sizable backing band was made up of people he had wanted to play with for a long time.

They wrapped up their set with a pair of epic numbers that included a mostly instrumental song that featured wordless vocals from the female backing singer and a Zeppelin-influenced hard rock song.

For however a brief time, Twig transformed the Horseshoe into an arena and transported the audience back to the 60’s and 70’s. 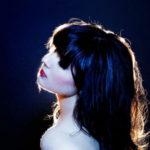 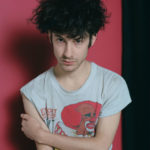