The hugely popular Slam Dunk festival returns for its tenth anniversary as punk, metal, hardcore and rock fans from all over the UK descend on three sites across the country with Pure Grain Audio joining the masses at the Hatfield University date.

Kicking off on the main stage are pop-punk boys Set It Off and it isn’t long before frontman Cody Carson has debunked from the main stage and is balancing on the crash barrier. “This one is about having sex with your ex..” he jokes as an introduction to ‘Ancient History’ before kicking off the sort of bouncy singalong which epitomises Slam Dunk. As It Is ramp up the bounce factor over on the Macbeth stage with their infectious anthems. Yes, the likes of ‘Cheap Shots & Set Backs’ are just run of the mill pop-punk fodder but, with smiles as big as the one on frontman Patty’s face, the young audience crammed in around the Macbeth stage are loving every minute of it.

Up to now I’ve not had the pleasure of crossing paths with the much-hyped Pvris. Lead from the front by the diminutive Lynn Gunn, the band simply stand miles apart from the rest of the early bands as they hit the main stage armed with a stack of dark, pop-punk tinged powerful rock anthems. Having caught US metalcore bruisers Beartooth at an intimate show earlier in the week, it comes as no surprise to find the band in absolutely incendiary form. Battering through their set on the Monster Energy stage, the likes of ‘The Lines’, ‘Beaten In Lips’ and the anthemic, pit-smashing ‘Body Bag’ incite all sorts of mischief in the pit.

The last time I saw We Are The Ocean was at Download Festival – a gig where the band, if I remember correctly, were breaking in a fresh line-up. Well, a couple of years later and it seems that frontman Liam Cromby has found his calling in life as he strides about the stage with the swagger and confidence that was clearly missing from his early days as frontman for the band as the band put in an impressive shift on their main stage slot.

Thy Art Is Murder frontman CJ is in fine form on the Monster Energy stage. “We’d like to wish all the pop-punk bands on the bill successful careers… making music for twelve year old girls…” he jokes before his band batter everyone into submission with their unrelenting death metal onslaught. “We’re the black sheep of this bill…” he chuckles as the band barrel through ‘The Purest Strain Of Hate’ scattering young kids in Neck Deep t-shirts in all directions looking for safety.

Speaking of Neck Deep, the band is on top of their game today as their main stage slot demonstrates. With the sun peeking out from the clouds and the audience packed in around the stage, the band look like they’re having an absolute blast. Their brand of US-inspired pop-punk is lapped up by the crowd with new single ‘Can’t Kick Up The Roots’ hinting that, following the release of their upcoming new album, Life’s Not Out To Get You, their days play mid-afternoon slots are soon to be behind them.

Back over on the Monster Energy stage, last year’s headliners Bury Tomorrow are making a special appearance at Slam Dunk and seem in no mood to mess about as they slam into ‘Royal Blood’. Always on the money, the band smash through their set proving why they’re one of the brightest lights in the UK metal scene. Japanese outfit Crossfaith follow that with an utterly astonishing set. Brutal beats collide with face smashing electronica as the band delivers possibly the set of the weekend. Battering their way around the stage as they whip the crowd into a swirling frenzy, it’s impossible to take your eyes off the Japanese band for the duration of their set.

Like We Are The Ocean, Lower Than Atlantis is a band who I’ve not had the pleasure of witnessing since I saw them in the sweaty confines of a local club a few years ago. Not much has changed by the looks of it though as frontman Mike Duce still saunters around the stage like he owns the place and, to be fair, with quality tracks like ‘Criminal’ in their armoury, they have every right to look like a band who know they are that good!

As we head into the early evening and the latter part of the bill, popular dance/rock boys Don Broco bring the party to the main stage and set things up nicely for the remainder of the bill with their cheeky pop-soaked rock. Now I have to admit I’m not the biggest Broco fan but, judging by the reaction from the packed main stage to opener Money Power Fame, I’m very much in the minority and, as I head off from the main stage, I leave with the sound of Don Broco’s catchy pop rock rattling around my head.

Opting for the relative safety of Finch on the Monster stage over the life-endangering madness of Baby Godzilla, it appears I made the right choice. A very vocal crowd singalong to every word of their set as the returning emo/hardcore heroes pull together a perfect set of old and new tracks with something to please every generation of their fanbase. Rumour has it that the Baby Godzilla set was, as suspected, utter fucking carnage.

It’s time for the Slam Dunk old guard to take over the main stage as organisers turn to headliners of past festivals to help celebrate the tenth anniversary. First up are US emo outfit Taking Back Sunday who put in a crowd pleasing set. Led by a shades wearing frontman in Adam Lazzara, Taking Back Sunday don’t waste too much time on niceties instead cramming as much of their catalogue into their set as they can before ending with a rousing rendition of ‘Make Damn Sure’.

Back over on the Monster Energy Stage, UK metal/hardcore troublemakers While She Sleeps are, like most of the line-up that has preceded them on this stage today, in absolutely explosive form. Battering through the likes of ‘This Is The Six’, the UK outfit are on fire today and as frontman Lawrence Taylor surveys the chaos he is causing from his vantage point on the crash barrier, it must be a sight he is getting used to these days.

I could never quite believe how You Me At Six became such a household name but they are and they’re back at Slam Dunk to close off the Main Stage with a set which does befit their headliner status. Unfortunately, things don’t quite go according to plan as, just as the band is hitting their stride, they’re forced to call a halt to proceedings while security rushes to deal with an injured fan. Thirty difficult minutes later and the green light is given for the band to pick up where they left off treating fans to a hit-laden selection before concluding the night with a raucous rendition of fan favourite ‘Underdog’. 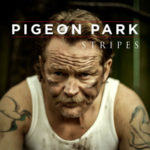 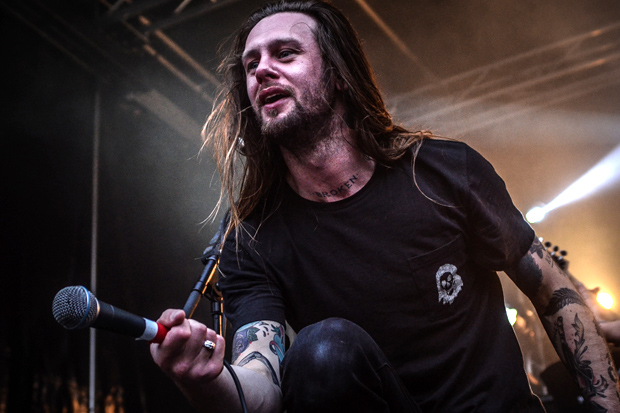