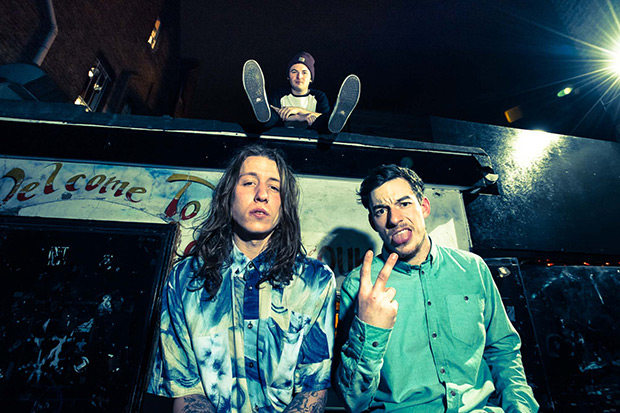 The Skinny: Sewer Rats is the latest and greatest signing of Fluffer Records, the visceral London based label that has brought you Slaves, God Damn and Cerebral Balzy. Their vinyl EP, Money Maker will be released on July 27th and marks over a year of searching for the perfect band to follow up Love Buzzard’s latest release. Expectation is high as these upstarts continue to make waves in the London live music circuit and, having come across the three piece in a disused Grimsby Fish Market, we’re promised a live show like nothing else. Sewer Rats are the real deal, uncontainable attitude collides head-on with chorus hooks full of genuine rock swagger and grit. Transcendental psychedelic jams follow beer soaked crowd surfing and riotous noise-outs.

This EP release captures so much more than just their live shows too, conveying the energy there, raw passion and noise. It also showcases the staggering musicianship the boys can muster, 20 years old and channelling a range of the greats from The Doors to Motörhead. Money Maker opens with the aptly named “Skint,” a beat driven blues dirge with doom breakdowns and guitars that rip and roar like muddied chainsaws. Bruce Campbell facing off an Army of Darkness. 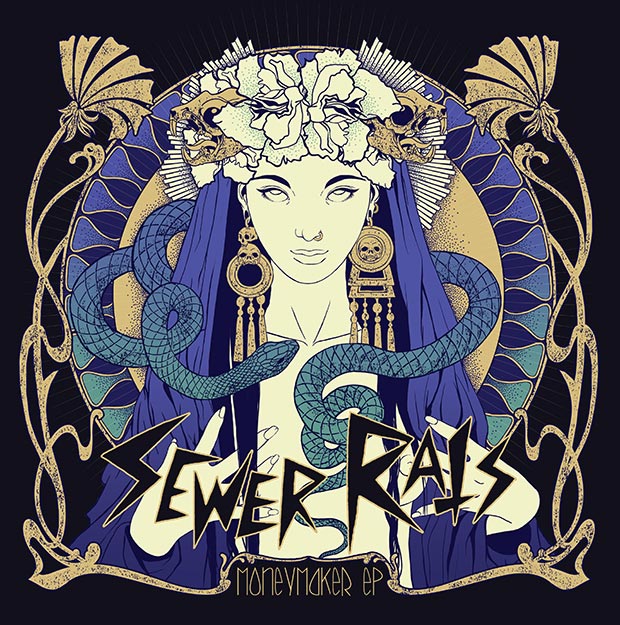