UK icon Paul Weller rolled into the Danforth Music Hall for a spirited journey back through his considerable catalog of solo work as well as showcase some interesting new material. The house was sold out to the rafters as they say, as the fans settled in for some dancing and reminiscing.  Nearly all of the fans in attendance must be familiar with Weller’s debut and sophomore musical ventures in The Jam and later The Style Council.  But Weller has been vocal about leaving the non-solo part of his past in the past, and foraging forward musically.  More on that later.

This tour is supporting Weller’s new release Saturn’s Pattern, and the set list featured a large chunk of the material.  He led off with the first single “White Sky”,  demonstrating the vibe of this album which is bluesy, raw and in your face, with a polished shine that is only achieved after decades of elbow grease and sweat.   His 5-piece band was tight and worked all the material with grace and style.  Weller’s longtime guitarist sidekick Steve Craddock was as much part of the show as Weller himself.   Their complementary Telecaster/Les Paul sonic sparring made the live treatment of the tracks compelling.  Each trading solos and breakdowns like the old sods that they are.

“Into Tomorrow” from Wellers 1992 debut solo album was full and lush, taking advantage of the swirling vintage Hammond B3, the two drummers and bassist Andy Lewis’ McCartney channeled down low.  The song really sounded like an extended jam with the band looking like they were having a blast.  And that was how the night went down.  Each selection from his personal jukebox was hand picked to give the fans a glimpse into what makes this man one of the iconic musical geniuses of our time.  And why so many bands over the years have taken cues from Weller and run off to make their own magic.

After a solid set, Weller took a quick break and returned for a two-song encore beginning with the slow burn of “Out of the Sinking” and the ethereal sounds of new track, “These City Streets”.  Weller is never content with one encore though, so he returned for another two songs, beginning on keyboard with the gospel soul of “Broken Stones”, followed by the heavyweight guitarwork of “The Changingman”.  Exit stage left.

And that would be it according to the printed setlists taped carefully on the stage.  But Weller had one more up his sleeve.  As they returned he motioned to bassist Lewis who launched into Weller’s instantly crowd-pleasing hit “A Town Called Malice” from “The Jam”.  It was like a pent up collective release for the crowd who roared, clapped, danced and generally showed Weller the love.  Everyone wanted it, and Weller gave it.

Out of the Sinking
These City Streets 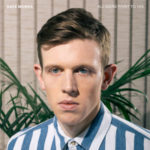