Craig “Peeler” Peeling has been an integral part of the Southern Ontario music scene for the past several years, playing shows everywhere. Peeler has a sound that is one part modern rock, mixed with all the hooks that make a group like U2 so infectious. Peeler will be rocking the main stage at WTFest Music Festival in Brantford, Ontario on June 13th alongside Big Wreck, I Mother Earth, and The Trews at Lions Park. PureGrainAudio caught up with Peeling to talk about his new album, and his slot upcoming slot on this year’s WTFest Music Festival.

Talk a bit about the evolution of your sound, and some of the artists that have had a major impact on you.
Peeling: I typically describe the first album, Evils of the Modern Pleasure Dance, as a “frustrated banker screaming to get out of his suit…” Most of it was written during my time travelling across Canada as a banker becoming increasingly disenfranchised with that part of my existence…. So the sound on that album really reflects that – it’s loud and it sounds to me like I’m screaming at the top of my lungs. That’s where you hear early Bono in my voice – I think some Paul McCartney and other big influences at that time were Jeff Buckley and Hawksley Workman. There are some softer moments on the album as well – “The Deal” is kind of Coldplay-esque as far as influences and maybe a bit of Paul McCartney on Abbey Road.

Randy Solski (Engineer/Co-Producer) and I were really focused on making the songs sound BIG – big guitars, big drums and bass… sonically I think it still stands up as a great album and something I’m proud of. Moving forward – I wanted the songs to have bigger “hips” – better grooves rooted in the primary colours of rock and roll – Drums, Bass and Guitar. There are some really cool things happening in the drum and bass department that I am proud of – and they really come to life when we play them live.

I’m still a U2 freak and I think my primary approach to the guitar has always been – even dating back to the work I did with Phineas gage as guitarist, really focuses on the guitar parts taking up a lot of real estate sonically and like my hero The Edge – I look at notes as expensive – if I’m playing something I want it to mean something and serve the song as a whole. My approach on the forthcoming album, which I am in the studio working on now, is idealistically the same but I am working on using the guitar as a tool to get sounds out of it that haven’t been used before…. I’m pushing myself to invent a sonic palette that is fundamentally different from what others have done.

One of the best bits of feedback from another guitarist I’ve never met before after hearing some of the demos from the new album was, “I’ve never heard the guitar used like that or sound like that before…” I consider that high praise. Vocally I am focused on writing songs that I feel good about performing live and people can sing along to. 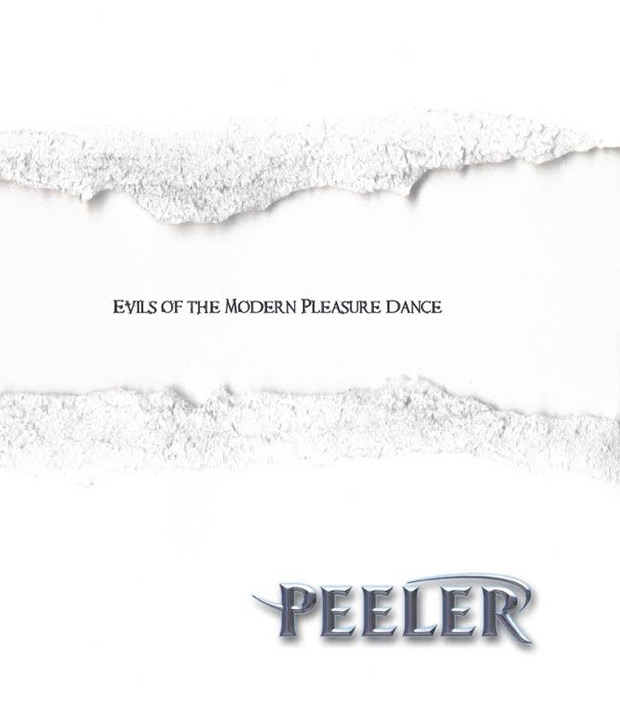 Talk a bit about your sound and influences, because you have a classic rock feel to the sound, but it’s still contemporary and organic.
Peeling: I think that’s always part of the challenge – write songs that feel like classics but are contemporary and relevant. The contemporary part comes, for me, from creating new sounds and perhaps not necessarily relying on traditional song structure… we’re tracking a song called “Fizz” right now that throws convention out the window as far as structure… but it really, really WORKS… I’m excited for people to hear it!

How do you describe the sound to someone that hasn’t heard the band before?
Peeling: Popular rock music with big hooks that you can sing along to….

Tell us a bit about your new album and what fans can expect if they pick it up?
Peeling: It should be done by the Fall if things keep going the way they are – which is well. Again I think the songs are classic, but with a contemporary feel and arguably more “sing-a-long-able”. Definitely standing up as the best work yet from Peeler… I’m incredibly excited about it!

You had a 9-5 job that you walked away from to play music full time. Tell us a bit about that decision and how the shifts in the music industry had an impact on that?
Peeling: The time was right for me to do something different in order to be happy with my life – I became miserable and needed to do something about it. Some of the business acumen I acquired working in the financial services industry set me up to take a chance at doing what I love full time. It’s not always been easy – there have been peaks and valleys – and I did go back to banking for a brief stint to try and add stability to my home life after getting married. When the marriage fell apart a lot of things happened – I had some serious health concerns and started to realize I needed to “get back to Me”.

The true ‘Me’ can’t live without music – I need to perform and be in front of people to constantly reaffirm my self-worth. That fuels the creative part of ‘Me’. So really all of the ‘crap’ I went through over the last few years has brought me to a really great place – I feel I’m writing some of the best music I ever have – I continue to write and play with good close friends. As far as the music industry – the landscape has changed and continues to change at a breakneck pace. As a band we’re looking into how to take greater advantage of our online presence – which we haven’t fully utilized yet.

For anyone that wants to do this full time – you have to diversify. Solo gigs, band gigs, I do work with voice talent in my home studio, composition for ad campaigns, corporate videos, weddings, parties, and of course you have to be open to new opportunities and business ventures. The business world has made me a better musician and better in the business of music.

If we looked in your CD player, or your playlist, what would we find your listening to?
Peeling: It’s totally diverse… I like everything from standards and classics – Frank Sinatra, Billie Holiday, I like country Johnny Cash to Keith Urban – I think he’s an amazing showman and songwriter to the stuff I grew up on – U2, The Beatles, Harry Connick Jr., Pearl Jam, Soundgarden, Green Day, The Who, The Clash… Jeff Buckley and Hawksley Workman are a couple of my fav solo artists. I’m also a huge fan of a lot of female vocalists and songwriters – Sara McLachlan’s Fumbling Towards Ecstasy is one of my all time favourite albums as well as Night Bugs by Sarah Slean, and I’ve recently become a fan of Taylor Swift. I love ’60s and ’70s funk… I could go on and on and if you asked me this tomorrow – I might list different artists. I believe in supporting artists that make music – I buy a lot of music on iTunes – just started looking at my library and got overwhelmed. So I’ve learned to love all different kinds of music for so many different reasons….

Any cool stories from the road that you can share?
Peeling: Peeler has Snoop Dog to thank for getting us into the U.S. for our first appearance there. I didn’t know about “P-2 Visas” in those days as we were just starting out with Peeler and we were showcasing at a Music Conference in Detroit. Get to the border and of course – we get hauled in for questioning. We were very honest and forthcoming – we weren’t getting paid so we didn’t consider it working – although the letter of the law says different – which we now know! The border security officer said, “Well I should be sending you back home as you don’t have the proper papers but it seems that all of your fellow Canadians are coming over here in droves to see Snoop Dogg and they’re all trying to smuggle weed over with them which is a bigger problem than you guys – so – if you happen to see Snoop – give him a high five and thank him for helping you guys out. Have a good show boys…” So… thanks Snoop!

You got confirmed for an opening slot on WTFest in Brantford on June 13th with Big Wreck, I Mother Earth, The Trews. What is it like to have such a big show in your hometown?
Peeling: It’s nothing less than fantastic. We’re proud to be part of the very first WTFest and are excited to see it continue for years and be a great success. The organizers are working incredibly hard to make this a success – they have also put a huge emphasis on local talent and will hopefully continue that in the future. We’re excited and have been working hard on new material to play to the crowd – a wee preview of the album to come as well as a couple classic Peeler tunes… we’re just stoked!

Who are you most looking forward to seeing at WTFest this year?
Peeling: I’m a big fan of Dear Rouge and can’t wait to see them live. Lights is someone I’ve never seen live and have been a big fan of for years as well… There are a couple local bands I haven’t seen lately so I am excited to see their new stuff they have to offer. I’m just excited for the whole weekend! Put it this way – there’s no one on the bill I’m not looking forward to seeing! 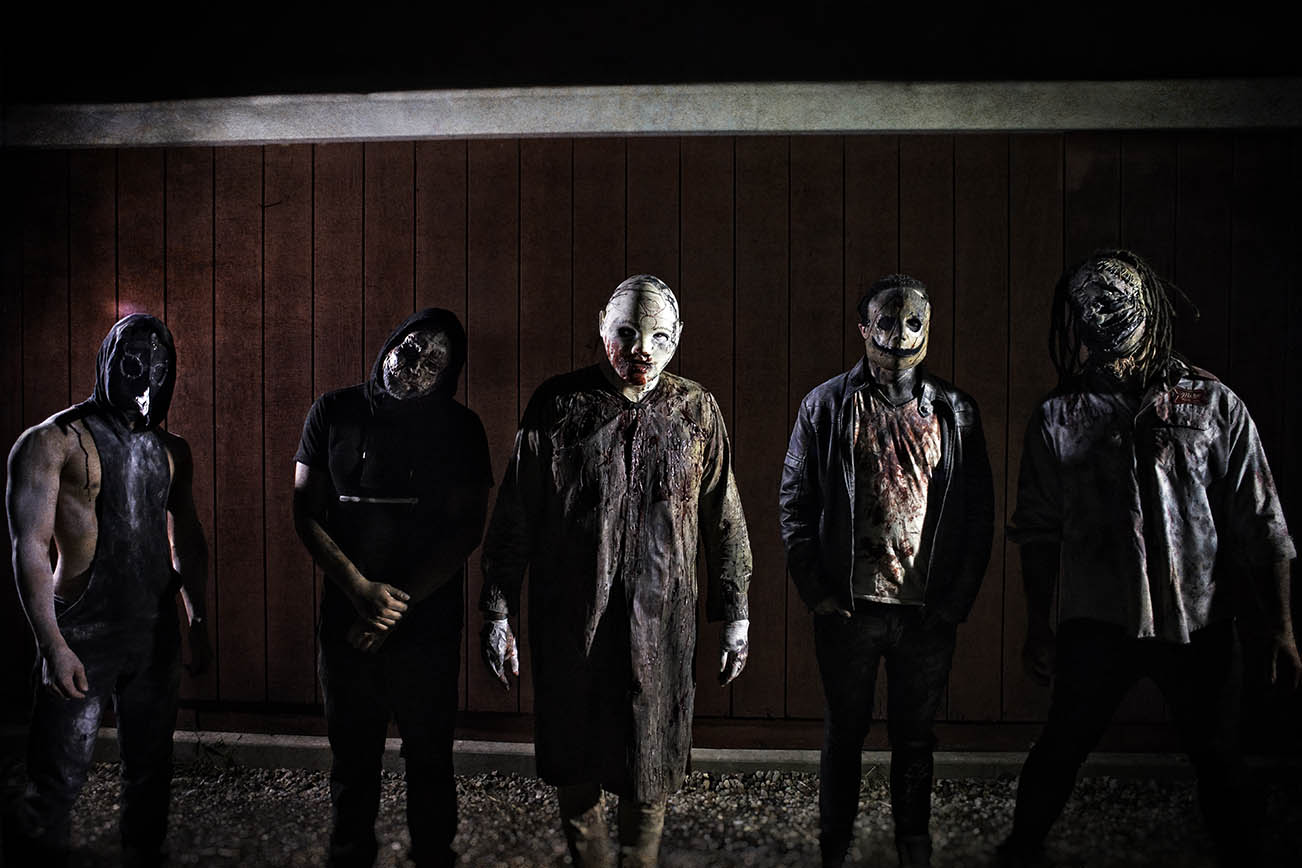 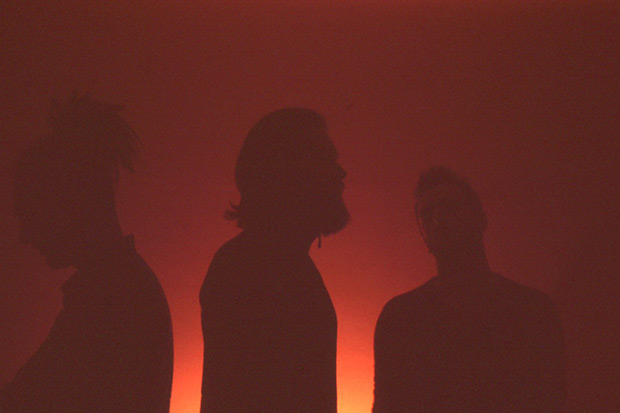