Toronto instrumental rockers Fresh Snow took to the stage with no introduction and it fit perfectly with the wordless nature of their music.

Saying that Explosions in the Sky are an influence on the four-piece would be a bit of an understatement. This is not a slight, the band blended loud guitars and squalling synths into an amazing whole. If there was any complaint to be had, the songs did stretch on a bit too long; something that would have been fine in a regular set but considering that they only had 40 or so minutes, they only managed to squeeze in a half dozen or so songs.

The first song blended into the second which utilized sampled vocals. The band was seemingly indifferent to the audience and there was no between song banter. One song started out quietly, despite some slight feedback at the beginning before abruptly shifting into a loud wall of noise, it even had a guitar solo.

There was an underlying tension to another number that went on a bit too long, something that plagued Fresh Snow’s otherwise well-played set. Despite having a drummer, they still used a sampled drum beat to provide accompaniment.

The band was a bit over reliant on the whole distorted wall of noise sound, but on the whole they made it work. They left just as abruptly as they came on stage. Whether it was part of the aura they were trying to project or not, a simple, “Thank you” would have been nice.

Despite some missteps and the band’s heavy reliance on the whole, “Start out quiet, finish loud” sound dynamic, they still played an admirably tight set showing definite chops.

Artwork for ‘The Bookends” by Eric Gales 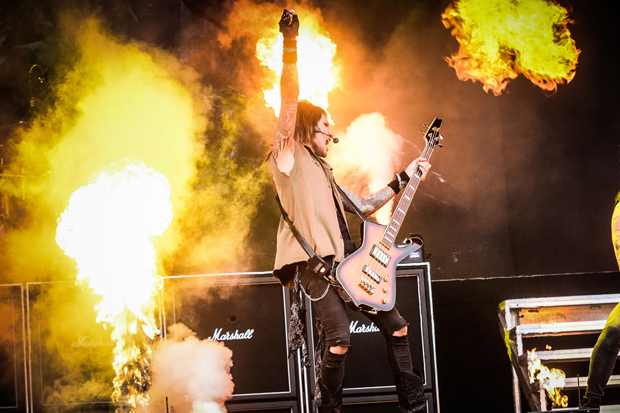 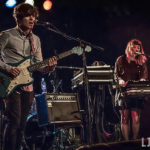