Warren Hildebrand,  front man for Toronto-via-Brooklyn duo Foxes in Fiction, promised a “cool show” for the crowd that had gathered.

And they delivered on that promise. He and partner Emily Reo weaved a dreamlike spell over the audience. They had a minimal set-up but still managed to create a full band sound. It was a nice combination of keys and guitar.

The intro to ‘Shadow Song’ utilized sampled vocals to great effect, giving the song a subdued feeling before it built to a climax.

The first song led into the second one with Hildebrand creating a wall of sound with loud distorted guitar. The delicate keys combined with the guitars created a study in contrasts and gave some of the songs a shoegaze feel.

A “really old one” near the end showed the band unveiling a rhythmic, poppy sound.

Hildebrand handled most of the vocal duties but Reo did take the lead on one song, ending it with a laugh. The duo both appeared to be very comfortable with each other and this came out in the songs. They remained focused on their instruments during the song though Hildebrand did engage the audience throughout.

“We’re having a lot of fun, this is really great,” Hildebrand commented towards the end of their set.

They capped it off with the title track from their latest release Ontario Gothic, a song that sounded like it could have been the soundtrack to an old Government of Ontario information film combined with a Broken Social Scene song that built to loud climax. 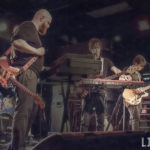 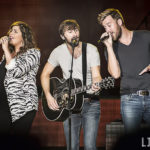