Toronto’s Fake Palms brought the 90’s to the ‘Shoe with their grungy noise pop. In fact, to say that Dinosaur Jr. was an influence on this band would be a bit of understatement.

And this is not a slight; the four piece had the loud, distorted sound of Dino Jr. and many of the bands that came along in the early to mid-90’s down pat. It seemed hard to believe that they came together in early 2015. With members of Hooded Fang as well as Slim Twig‘s backing band, Fake Palms contains several familiar faces.

Taking to the stage to a loud, grungy number that set the tone for the rest of their eight song set, the band played a competent set with founder Micheal le Riche‘s vocals riding atop his band the wall of sound he and his band mates created.

Surprisingly, the somewhat murky sound that had plagued the first two acts actually worked to their benefit as it lent itself perfectly to the music.

The songs were fast and catchy with one song even showing that they had an accessible sound with a radio-friendly alt-rock sound. The music was incredibly loud, not this is a slight, it was perfectly suited to the style of music that Fake Palms play.

The venue quickly filled up and the crowd gathered by the merch table got right into and danced along to the music.

I admit I sometimes mock people who venerate the 90’s, but Fake Palms took the sound of alternative rock as it was started to emerge from the underground and distill it into music that’s both retro and surprisingly forward-thinking. 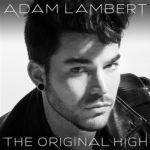 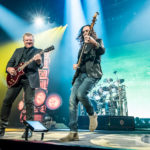