When this show was announced I immediately got excited by the prospect of seeing a band of Anti-Flag’s stature in a room the size of the Bovine. Everyone, the band included, knew the evening was going to be a sweaty mess, and THAT was what made it even more exciting (at least for me).

Naturally, the show sold out. I’m not sure how quickly, but it couldn’t have taken long. Anti-Flag could easily sell out The Bovine ten times over if they wanted to.

Toronto singer/songwriter Rob Moir took the stage at shortly after 9:30pm, announcing to the crowd that he was likely a strange choice to open the evening but was going to put everything he had into the set, and hoped the crowd would enjoy it. He got the crowd singing along to one of his songs (about not wanting to die in a hospital), and deftly deadpanned his way through a number of his tracks. Whether he went over with the crowd is still on the table, I guess. I’d say he did alright.

There’s very limited space in the Bovine. It’s a narrow venue offering limited sight-lines from the back of the venue. Trying to stay up front to see a show like this is a logistic given the confines of the room. A few people crowd surfed. I thought they were going to be impaled by some of the detritus hanging from the ceiling, but they did it anyway (more power to them). The members of Anti-Flag had no real reprieve from the audience. They had to push through everyone to get onstage and then wound up being the only people in the room with a little bit of wiggle room to actually DO their thing.

And do it, they did.

Drummer Pat Thetic got on stage, cracked a few jokes with the crowd and quickly assessed the lighting aimed at the stage as being too bright and asked that it be dimmed to at least fifty percent before stepping in behind his drum kit and smashing out the intro to ‘The Press Corpse’. Pandemonium ensued. Good pandemonium, to be sure, but pandemonium nonetheless. The people in the room started to ooze together like over-ripe fruit pressed into a plastic bag and kneaded heavily.

I’d managed to crawl into the front corner of the room, perched on a shaky wooden storage bin inches away from bassist Chris #2 (I’m still wiping some of his spittle and sweat off the front of my camera). As Chris slashed his guitar about and howled into the mic in front of me, I realized I might get a little bruised. The tip of his guitar came close enough to my face a few times I could feel the air move in the space between the instrument and my teeth. Guitarist Justin Sane and Chris Head jumped about in front of the drum kit to centre stage and then leaped towards the speakers aimed towards them with wild abandon, swinging their instruments and regurgitating the lyrics to Anti-Flag songs like bile they were trying to jettison from their guts. It was fucking brilliant.

Justin Sane got himself right up in front of a few fans, cradled the back of their necks and screamed lyrics to Anti-Flag songs directly into their faces. Chris #2 shimmied past me and did the same, inciting energy from his fans while preaching good conduct and camaraderie from his microphone over repeated dialogues between songs. #2 made a point of asking people to shake hands and say hello during the show, and to enjoy being together celebrating music and having a good time. I didn’t see anyone having a shitty time.

Just before ‘Die for the Government’, the band members all turned to Pat Thetic, smiled, and starting dismantling his kit, while asking the jam-packed crowd to push out a little circle in the centre of the floor for Thetic to play from. His kit was assembled by the band and fans, helping take each necessary drum head and cymbal into the centre of the room along with #2’s mic stand, which was planted atop the bass drum, with #2 standing atop the drum as well. Justin Sane pushed his mic stand out front of the stage on a small riser that fans had been leaning on, stood atop it, and the band played ‘Die’ along with ‘1 Trillion Dollar$’ to the sheer joy of everyone in the room. The ceiling of the Bovine hangs low, and Justin and #2 both had to bob and weave a bit to avoid getting bumped as they finished up their set. They wrapped up their final song, jumped off their respective perches, and helped tear down their gear and met with the audience for high fives, autographs and photographs.

This performance was bloody epic – a pure celebration of music and audience. Anti-Flag was into it, the crowd was into it, and the energy coming off the walls in the Bovine for the entire performance was drawn from that special reservoir of musical mojo that seldom gets passed around at most concerts. Anti-Flag filled a room with their core fan base, got up close and personal to them, and rung in the release of their latest album American Spring in the best way possible.

(Anti-Flag played for about an hour. The setlist they had taped to their speakers is replicated below, but I’m pretty sure the band played ‘1 Trillion Dollar$’ last, so the integrity of this listing is up to you. Post on this article if I’ve got it wrong, will you?)

Setlist:
The Press Corpse
Fabled World
Turncoat
Death of a Nation
Sky Is Falling
Broken Bones
Fuck Police Brutality
All of the Poison, All of the Pain
This Machine Kills Fascists
1 Trillion Dollar$
This Is the End (For You My Friend)
Sodom, Gomorrah, Washington D.C. (Sheep in Shepherd’s Clothing)
Cities Burn
Brandenburg Gate
Die for the Government

Artwork for ‘Nobody Knows Us’ by Anna Cordell 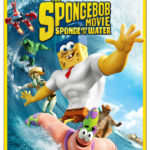 The SpongeBob Movie: Sponge Out of Water – An Interview with Bill Fagerbakke, Voice of Patrick Star 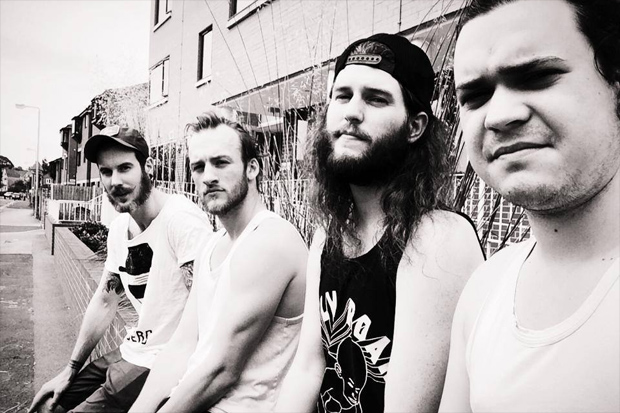