Despite having been around since 2004, Canadian shredders The Agonist have never really made a massive impact on the worldwide scene despite three solid and impressive albums. However, the band came to the attention of the metal press last year when vocalist Alissa White-Gluz announced she was departing the band to join Swedish metal titans Arch Enemy. Fans expected it to be the end of the band but, for the remaining members of The Agonist, it was business as usual as they quickly drafted in a replacement in Vicky Psarakis.

Eye of Providence is the first time the world has really heard this new partnership and, as Psarakis unleashes her harsh vocals on opening track “Gate of Horns And Ivory”, it very much sounds like The Agonist are feeling like they’re ready to take on the world. The problem is that, while Eye Of Providence is an impressive album, it’s no more impressive than their previous work, when what you really want from the band is for them to fire out of the blocks with an album that really screams in the face of those who wrote the band off. In the end, what you get is an collection of melodic metal songs that don’t really take the opportunity to show the metal world that The Agonist are very much a force to be reckoned with. Songs like “My Witness, Your Victim” and “A Necessary Evil” are solid slices of melodic, shredding metal built around a very traditional metal feel but, even with Psarakis’ impressive throat and full range of styles, they just don’t really do anything to really stand out.

Check out the song “A Gentle Disease” here.

The Darkness – “Last Of Our Kind” [Soundcloud Album Stream] 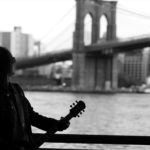