The 10-track album features a diverse sound of instruments, rhythms, cultures, languages and more, all into the 31-minutes of music that is being heard.

Throughout those 31 minutes, there is a song with background music sounding like it could be a theme song for a television series heard in “Peoplewatching” or a song you’d hear at an eight-year old’s dance recital, heard in “Fire on Hutchison Street” because of the piano notes being played.

The title track of “Peoplewatching” has that tone of a comedic family television series show opener when it hits the chorus; however, it’s a really great song that has a smooth transition of a female vocalist singing her verse to a male rapper and then a verse from Punjabi singer Kamal Chamkila.

Although some tracks were better than others, it’s safe to say that Socalled’s latest album was a pleasure to listen to.

I was more drawn to the background instrumentals of most songs such as track six “Dreamin.” It was more of a rap genre, but with a jazz twist in its sound. It’s not often that you’d hear a combination of a double bass and piano in the background of a rap song, but it definitely works on Peoplewatching.

If you’re looking for wide range of diversity on one album, then I’d highly recommend you give Socalled’s newest effort a go. 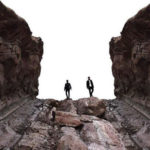 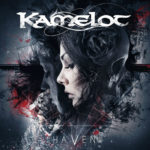