Florida natives, power metalists Kamelot return to the musical forefront with the upcoming May 4th release of their eleventh studio album Haven. They’re also taking to the stage with their latest world tour, stopping in Toronto at The Phoenix on May 3.

Kamelot is known for sweeping thematic metal scores that are gripping and emotionally captivating. It’s a type of metal that transports the listener to dark fantasy worlds filled with adventure. Kamelot’s albums sound like what great movies are made of, or what should be playing during your next Dungeons and Dragons game.

And that is precisely what Kamelot has offered again with Haven, especially in songs like “Veil of Elysium” and “Beautiful Apocalypse” which feature driving, power chords and heavy bass lines that fire up and ignite nerve endings. Haven blends deeply nuanced melancholic tones with uplifting peaks – “Under Grey Skies” and “Here’s to the Fall” capture exactly that.

Haven is a fantastic album that is full of all the things fans love about Kamelot. I found their previous album, Silverthorn, had a few more impactful and memorable tracks, like “Sacrimony (Angel of Afterlife)”, but that’s not to take away from the more subtle beauty found in Haven. “Liar, Liar (Wasteland Monarchy)” is going to be one of those songs that will surely unite a crowd at a concert as it’s the hardest track on the album – I can already hear the “Liar! Liar!” chant from the audience.

A few guest vocalists make appearances on Haven including Kamelot fan-favorites Alyssa White-Gluz of Arch Enemy and Charlotte Wessels from Delain. Composer and multi-instrumentalist Troy Donockley of Nightwish also makes a guest appearance on the album.

If you’re already a Kamelot fan, there’s nothing not to love about Haven – it may not be a complete evolutionary step up from their last album, but it is full of elements you’ve already come to love about the band. This is a kind of ‘if it’s not broke, don’t fix it’ moment in the band’s discography which is just fine. However, I would like to see Kamelot challenge themselves and take that next evolutionary step up with their next album. 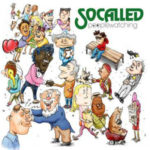 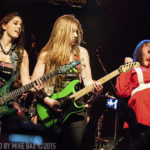