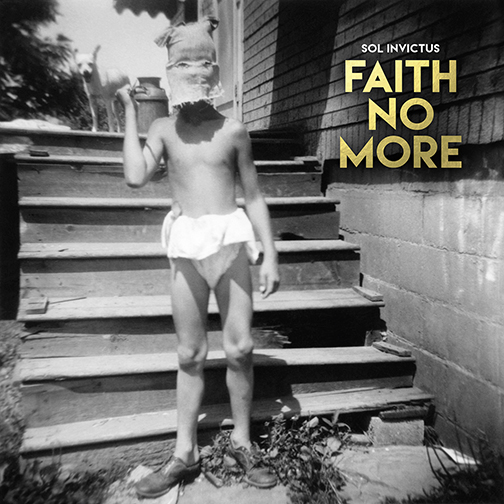 Don’t call it a come-back.

In the eighteen years between Faith No More’s last commercial release (Album of the Year) and Sol Invictus, it’s become painfully clear that the music of Faith No More continues to be important among fans young and old. Material from the two releases with Chuck Mosley on vocals and the four more popular albums with Mike Patton, contain a wealth of songs that seem to get bigger and brighter with each passing year. What’s really amazing is that Faith No More struggled to re-kindle the success they achieved around 1989’s The Real Thing with Angel Dust (1992), King for a Day… Fool for a Lifetime (1995) and Album of the Year (1997). Now, with the perspective of time, all three of these albums are widely considered superior to The Real Thing. Faith No More never really caved to the expectations of both label and fans. If anything, they would deliver 180 degrees from what was ‘anticipated’ of them. And they are a better band because of it on every level, even if we all didn’t realize it at the time.

Things got shitty around the release and touring cycle for Album of the Year for numerous reason that are now all quite well documented in print and online, and the band wrapped things up (disbanding in 1998).

Re-uniting for some live shows in 2009 (and every year afterwards, mostly in Europe) brought new and old fans out in droves to catch the band at one of their random tour stops – with many fans booking flights and flying to the closest venue the band was booked. It’s unclear when Faith No More broached recording a new album in full, but the reunion shows seemed to re-kindle a bond with the band as much as with their audience. Sol Invictus ended up being written and recorded in bassist Bill Gould’s studio space in Oakland over the course of 2014 and early 2015.

Like the Faith No More albums leading up to Sol Invictus, the ten songs included here are a bouillabaisse of musical stylings. The band is citing The Cramps and Siouxie and the Banshees as influences for this release. And yes, there’s definitely some of both of those bands present. Really, it’s the influences of the five profoundly talented musicians that comprise Faith no More that shines through on Sol Invictus, allowing the album to magically pick-up where the band left off eighteen years ago like it was merely eighteen months.

Any reservations fans might hold that the time spent apart might have killed the mojo between Mike Bordin, Billy Gould, Roddy Bottum, Mike Patton and Jon Hudson can quickly be put to rest. After all, this is the same line-up that put Album of the Year together, arguably the band’s finest collection of songs on a single album. The vibe that comes off Sol Invictus is that the time away from each other has given the band some room to flourish, and bring everything they’ve learned back to the studio for this album.

At times relentlessly manic and utterly poetic, Sol Invictus is everything I was hoping for from a new Faith No More Album. The critics may hate it, but that’s ok; they didn’t understand Angel Dust, King for a Day and Album of the Year when they came out, and look how wrong they all were. Sol Invictus will slide in nicely to the left of the rest of your Faith No More collection. I’ve had the album on repeat since receiving it from the label last week, and it’s a ‘motherf@#ker’ from beginning to end, produced by the band without any label interference whatsoever, which is likely a first for the band.