What do you get when you throw fashion designers, technology makers, and circus performers into a melting pot of creativity? You get Cirque-It; a wearable tech fashion circus that welcomes audiences of all kinds to witness the advancements in the fields of wearable technology for entertainment performers.

On May 21st, members of the public were invited to explore expo alley of the distillery district as numerous demos were carried out by the various design teams. Basically, the teams were split into equally balanced pods composed of fashion designers, tech makers, and circus gymnasts to carry design their specific outfit. Over the course of the night, small demonstrations were shown of what the teams had come up with, and I must say it was rather spectacular.

By using natural movements of the body as well as human senses, the demonstrations showcased the unique functions for each outfit as they were performed right in front of the audience. One exhibit that especially caught my eye was of a dress made for a dance performer of some kind. The underneath of the dress was illuminated with cascading sets of lights that could be seen reflected on the floor as the dancer performed her routine. The lights were intended to mimic the aura that surrounds a jellyfish as it travels through the water. It was a very natural flow by both the dance steps being performed as well as the lights, creating a perfect harmony of visual entertainment for the audience.

The rest of the venue was set up with various booths from artists, photographers, sculptors, and tech makers. There was a company present that was using 3D printing technology to design and produce pretty much any wearable gadget from sunglasses to bracelets. Advancements in 3D printing technology in recent years have even begun to see applications for amputees and others that were born with a physical disability.

After the exhibits were concluded the DJ closed out the night as the guests mingled. It was a very diverse audience that attended the event, which made it easy to kindle conversations and resulted in the meeting of some pretty amazing people. Check out Cirque-It online and keep an eye out for other advancements in the world of wearable technology. 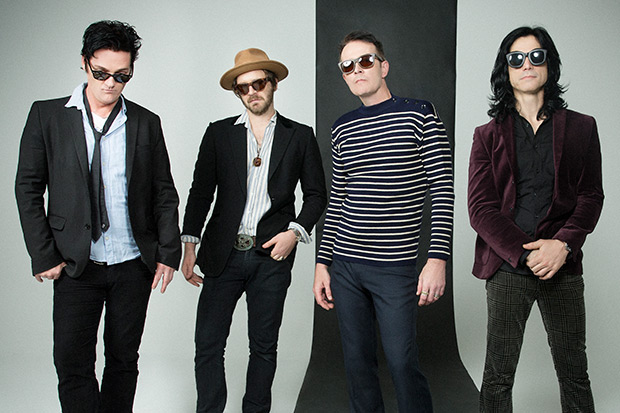 Interview with Scott Weiland; Scott talks about the grunge era, drugs and the death of close friend Jeremy Brown