With the DVD/Blu-Ray release of Selma this Tuesday, Stephan James has been busy on the media circuit. From being the youngest cast member on the set, to training for an equally demanding lead role in the upcoming movie Race, he’s had a lot on his plate. Luckily, Lithium Magazine was able to sit down with him for a few questions about his time on set, and his future endeavors.

So, you’re back in Toronto. What’s it like after being away for so long?

It’s great. I love Toronto. Toronto is home, and you know, I get no better feeling than when I land at YYZ.

Let’s talk a bit about Selma. Were you expecting the reaction and the acclaim that it received?

Uh, honestly, no. I don’t know if any one of us really did. I think, for me personally, it was about being a part of a great story and a great film with great actors and, you know, the fact that it’s resonated the way it has and has become timely in a lot of ways, was something that didn’t really happen by design, but it happened.

Of course. When did you realize it was a special movie?

I think when we started seeing the riots take place in the last few months in the United States, we started to really feel a sense of how relevant this movie would be for the time. We figured that more and more people would see the film because of what was happening in the world, so certainly that. But also just the town that’s in the film. I would think that anyone would want to go see a film about Martin Luther King and with the other people that were in it.

Let’s talk a bit about your role in the film. How did you connect to the role of John Lewis?

Well, John was the youngest member of SNCC (Student Non-violent Co-ordinating Committee), one of the youngest of Martin Luther King’s adversaries. So for me, coming into the situation, it wasn’t hard because I was the youngest actor. (laughs) So I already felt like I was the youngest, and for me it was just about learning him, learning about his role in the Student Non-violent Co-ordinating Committee, how instrumental he was to civil rights during that time, and still today in Congress. So studying his story, learning about his fight and his struggle, what he did and sacrificed as this 22, 23 year old kid. And then trying to channel that energy within myself.

Admittedly, there are a number of scenes in the film that are really powerful, really moving, and then there are some that are really difficult to watch. The initial scene that Lewis is leading the group across the bridge was one of those more touching moments. What was it like getting to walk a part of that path, from Selma to Montgomery?

Wow. I mean, we were literally walking in the footsteps of people who were fighting for civil rights, for voting rights. And you know, I got chills. I say all the time, seeing the words “Edmund Pettis Bridge”, you know, gives me chills. And walking down that path, literally in the same footsteps as John Lewis, for me was a very eerie feeling, definitely emotional. And I think it helped in the film because it was very real. I think the director shot the first take in which we walked, so she could get all the reactions from us normally and naturally.

You’re playing the role of Jesse Owens in the upcoming movie “Race”. It’s gotten quite a bit of support from his family. Have you met anyone who knew him personally?

Yeah, Jesse’s 3 daughters came out to set. We were able to talk to them. Because Jesse isn’t alive, having them around was so helpful, for them to talk about their father, the type of man that they think their father was. They hung out for a while and I got to pick their brains on the topic. They’ve been very supportive of the film.

Did that help motivate you more, getting to speak with his daughters on the role and getting to know their father a bit more?

That’s got to be a pretty crazy training regimen to get into the mindset. Can you talk about that a little bit?

I trained for 3 months. When I wasn’t filming for Selma, I was training for Race. And I would run in the mornings and do weight training in the afternoon. There’s two different parts to that: training to run and to run fast, and there’s training to run like Jesse. He had a very specific running style, so we broke them both down and I worked on speed and technique first, and then I tried to fix my posture a things like that to match Jesse’s afterwards.

Do you have any advice for young actors looking to get into the industry?

Are there any actors you’d want to work with, given the opportunity?

Uh, I’d love to work with a bunch of different actors. Looking at people like Leonardo Di Caprio, someone who’s inspired me for a long time, Idris Elba, Daniel Day Lewis, all incredible people. Benedict Cumberbatch, too. 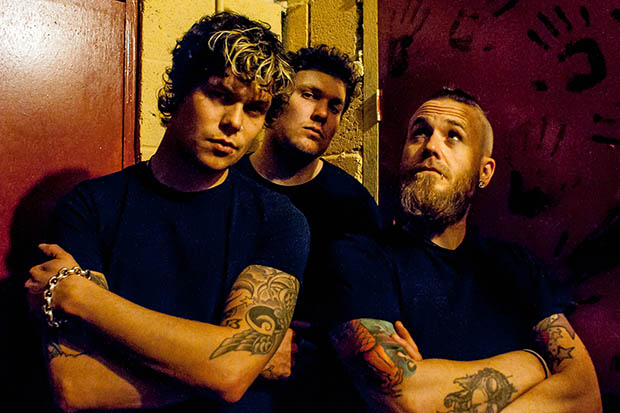 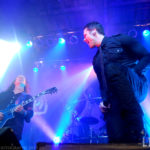 Kamelot with Dragonforce – The Phoenix Concert Theatre, Toronto – May 3, 2015