Practice What You Preach, arguably Testament’s most revered album by fans proved to be an apt theme for this performance. All three bands on this bill brought their A-game to the table, and delivered an amazing evening of music, warts and all.

Shattered Sun went on stage early at 7:30p and delivered a mere taste of their (as yet unreleased) album Hope Within Hatred, to an audience of early Toronto attendees who *might* have heard the advance single. The band’s debut drops next Tuesday, April 21st. Shattered Sun looked tight – all six of them cramped into the front region of the small Phoenix stage, thrashing about as they levied their music towards the crowd. And they SOUNDED tight, playing five songs aptly before leaving the stage to make way for Exodus.

Tonight was the first Toronto Exodus show with Steve Zetro Souza on vocals in over a decade. With no ill will towards Rob Dukes, MY Exodus of choice has always been with Zetro up front. His manic vocals manage to take everything already great in the Exodus camp and give it a little extra mojo. This evening unfortunately didn’t have bassist Jack Gibson on stage with the band, an outstanding DUI keeping him out of our fine country. Heathen bassist Jason Viebrooks took over Gibson’s duties for the twelve Exodus tracks performed this evening. After a bit of a rough start sound-wise during ‘Black 13’ (tinny guitars and wimpy drums) everything was quickly corrected and Exodus hit it out of the park for an hour long set of unbridled pandemonium. Gary Holt was on fire tonight, holding his whammy bar and shaking sweet sounds from his guitar during numerous solos. And Zetro (obviously happy to back amongst his Exodus compatriots) shrieked his lungs out on every damn song they played.

The final 20 minutes of Exodus’ set was comprised of ‘Blacklist’, ‘Bonded by Blood’, ‘War Is My Shepherd’, ‘The Toxic Waltz’ and ‘Strike of the Beast’ which got the Toronto crowd into a bit of a frenzy. This is significant as most of the Exodus fan-base is comprised of guys pushing mid-forties and into their fifties now. We are all a little wider around the midsection and a lot slower to mosh than we were thirty years ago!! Twelve great songs!!! And Testament was up next.

Some stark white lights flooding the stage from both the left and right sides cast the Testament stage in a stark fashion as the crew brought in their signature LED floor level floods and got their equipment set up. As a photographer, it’s not uncommon to walk into the photo pit before the band takes the stage and get a look at the setlist the band plans to play (and then mentally assess when during the set you’d be prepared to leave the venue to beat the crowd home and start editing your photographs). I have to say, my first glance at the setlist for Testament yielded a little thrash-chubby. Look at it. If there were seventeen classic Testament songs that HAD to be played, they are the seventeen songs that were typed out on this setlist.

I don’t think it hit me what this evening was going to be like until getting through the door and seeing Testament’s merchandise: Retro shirt designs boasting the cover artwork for their first three albums with tour dates on the back for $25 each. Looking over this merchandise, it REALLY hit me what was actually going to happen. And as the lights dimmed at around 10pm and the intro to ‘Over the Wall’ flooded the Phoenix Concert Theatre, Testament unleashed a ninety minute thrash experience the likes of which hasn’t been seen since the ACTUAL Practice What You Preach tour of 1989.

Green, red and blue LED lighting cast against harsh white side floods and the standard rear and top gelled floods lit up Testament (and the majority of the venue) like something out of a Spielberg movie. There were moments where Alex Skolnick and Eric Peterson were backlit so heavily in white lighting they looked like they were being swallowed by it. Old nuggets like ‘Raging Waters’, ‘The Preacher’, ‘First Strike Is Deadly’, ‘Eerie Inhabitants’ and ‘Trial by Fire’ took on new meaning as fans old and new basked in the song’s glory as Testament delivered them in fine fashion. Gene Hoglan, all but hidden behind a monster drum kit with two big kick drums bearing his name bashed out the backbones to these songs like he’s been playing them his whole life. Same goes for Steve DiGiorgio, only a year after replacing Greg Christian, has the Testament repertoire of material well at hand (and he played them all tonight on a three-string bass!!).

It didn’t even matter than Skolnick’s guitar kacked out on him midway through ‘Practice What You Preach’ and wasn’t operational until early into ‘Disciples of the Watch’. Everyone in the room was in the groove. Testament was smiling. Fans were smiling. Skolnick seemed to laugh it off. Chuck Billy laughed it off with him. Skolnick actually air guitared portions of ‘Preach’ to smiling fans before stepping to the side of the stage to assist his guitar tech.

I loved this show. Testament has so much material now, that hearing a retro set like this seems less likely every time a new album comes out. This show was for the fans. And thankfully the room was swelling with fans tonight.

Testament setlist:
Over the Wall
The Haunting
Burnt Offerings
Raging Waters
The Preacher
Do or Die
First Strike Is Deadly
A Day of Reckoning
Apocalyptic City
Eerie Inhabitants
The New Order
Trial by Fire
Into the Pit
Alone in the Dark
C.O.T.L.O.D.
Practice What You Preach
Disciples of the Watch

Exodus setlist:
Black 13
Blood In, Blood Out
Iconoclasm
Children of a Worthless God
A Lesson in Violence
Salt the Wound
The Last Act of Defiance
Blacklist
Bonded by Blood
War Is My Shepherd
The Toxic Waltz
Strike of the Beast 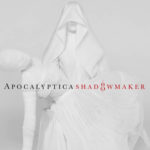 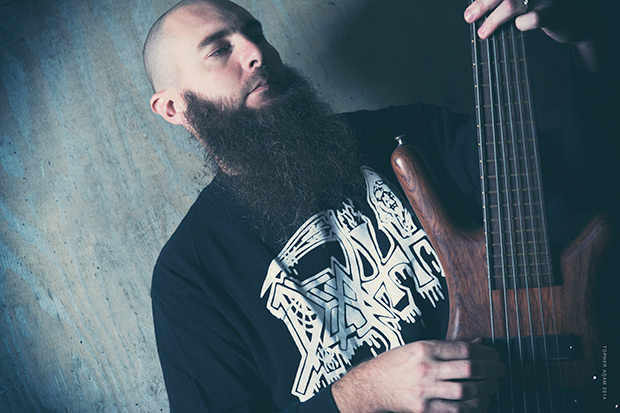