Recently PureGrainAudio had the opportunity to speak with John Gallagher, bassist and vocalist for the metal act Raven. Gallagher and I chatted at length about his band’s new record, Extermination, their creative process, and long-lasting, 41 year career. Here is how the conversation went.

Are you guys back in town now?
Gallagher: Yeah, we came back last month on the 6th of April.

I think the last time I talked with you, you were headed to South America, right?
Gallagher: Yeah we went to Bogota and Rio and it was all awesome and a little bit insane. We did get it done even though we had to spend a few days dangling around waiting to get paid, but we did get it. That was in this little town in the middle of nowhere in Bogotá, Columbia. It had a horrific infrastructure and was just really scary. It was a little club jammed to the rafters, really crazy, but the hottest gig we have ever played ever.

That is kind of weird and crazy that you can get to a place that is so far removed from everything and you can still find die-hard Raven fans.
Gallagher: That is what is totally insane about the whole thing, all the kids are all crazy, they totally know all the bands. The next gig was in the capital of Bogota, Columbia which was a nice big-ass venue, probably like three thousand in the audience; crazy and totally insane. Then we had a few days off and we went to Rio and we did the whole tourist thing which is really cool. We had a great show there and after that we came back and had a week off and then we went and did about six dates in Europe. We played Helsinki for the first time which was great, a big crowd they loved it, we smashed everything up when we walked off, we were done, but no, they wouldn’t shut up, they wanted another song. So we had to go back on after about fifteen minutes and put everything back together and we played a couple of more songs for them which was really great. It was a real old fashioned encore, you know, the real thing.

What does a Raven crowd look like these days? Does it run the whole spectrum with people my age and your age and all the way down the line?
Gallagher: Yup, it is the full view. It has turned into like three generations, it really is. Certain places it is more of the young, we played a big festival in Holland and it was totally across the board with fans that saw us back in the Eighties and the ones that saw us in the Nineties and basically their kids and, in some cases, their grandkids. 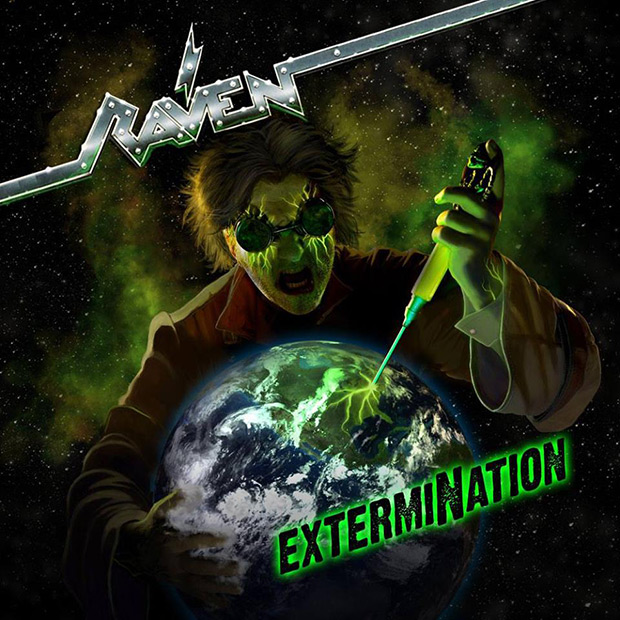 Let’s talk about the record for a second. Now that Extermination is complete, how do you feel about it and are you satisfied with the way it turned out?
Gallagher: Yeah it is exactly what we wanted and more. It has changed from the last album equipment-wise, we changed guitars, amps, bass, and a different drum kit and it all paid dividends. The quality is killer.

You are one hundred percent right. I was listening to it this morning getting ready for this interview and the production value is killer. It is big and in-your-face and great.
Gallagher: What is strange is if you play it real quiet it sounds great, turn it up and it sounds better, turn it super loud and it keeps sounding better. The way the frequencies are laid out there is nothing jarring or annoying in there, It just blends together great and I do not know many albums like that. It is crazy, but I love it.

Yeah I think you hit it right on the head because that is the first thing that jumped out at me. is how great it sounds, it is just a really nice production.
Gallagher: Yeah and there is none of the rubbish loudness wars or any of that nonsense; it has dynamics. So yeah we are super-happy with it. And then there are the songs which we worked long and hard on to make them what they are. They are a really cohesive batch of songs that hang together well but there is some diversity in them too; there is the fast, the rock n roll, the really heavy, and atmospheric, there is a little bit of ear candy here and there and a little humor. It is all in there.

After 41 years and I don’t know how many records, how do you not write the same old song or how do you keep from repeating yourself? Is it a conscious effort or does it just happen?
Gallagher: Well when you are in the right frame of mind to write and you are just tuned in and just playing the stars are aligned, but you review it later you and go “oh my god this is crap,” then you stop and go “hey we have done this before.” I can only remember one instance where we have actually done that and it was an inconsequential transition in one song that we did, but after listening back to it we realized we had used it before. No one would notice because no one is a crazy about this stuff as we are. You got to have great riffs, but you really have to fight for that originality, you really do. We really don’t have any problem with material we wrote, as far as song ideas we had probably forty that were good, real good.

Check out the song “Destroy All Monsters” here.

For this record?
Gallagher: Yeah, and we kind of just whittled it down to the ones that were great at the time. Sometimes you have a song that one part is like “well maybe not” and you either fix it or put it back on the shelf and work on what seems to be working at the time. So these are the songs that made the cut.

So I know you are here in Richmond, VA and your brother is down in Florida, so how do you go about writing? Do you email stuff back and forth or do you get together and bounce ideas off of each other?
Gallagher: We did both. We send stuff between us and then we got together for a couple of writing sessions where we just jammed and wrote. We also screwed around with some of the ideas we have and then once we decided pretty much what we wanted to do we got together again, did some rearranging, and that work really made all of the difference, it really did.

What do you have planned after the release? Are you guys hitting the road again?
Gallagher: Yeah, we’re off to Japan in July and we are doing a tour which should be awesome. We always have a good time over there. Then when we come back we are doing a couple of weeks in the States. We have a new agent so we will be doing a continuation of where we were last year and playing a few places we missed on the East Coast. Once we are done with that we are off to Europe and doing a full tour of Europe September through October.

So you are going to stay pretty busy then?
Gallagher: Yeah, that will be fun too because the rough outline has us playing a bunch of places we have never played before and we will be going to a bunch of Eastern Block countries as well which is going to be awesome. Then we will be going to our old friends in Belgium, The Netherlands and Holland, and England as well.

Any closing words at all John?
Gallagher: Basically thanks so much to the fans for helping us out with the Kickstarter and for their general support over the years. We love you guys and we will see you out in the road! 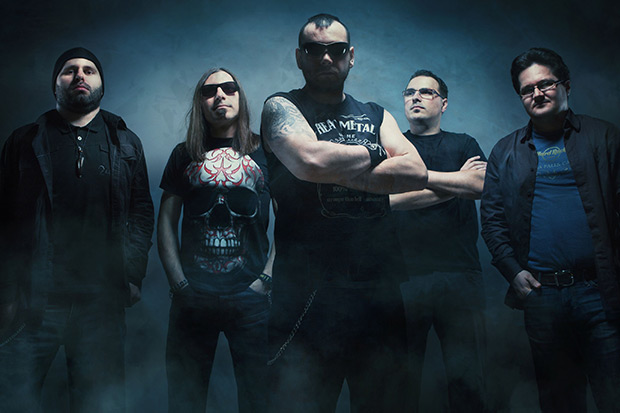 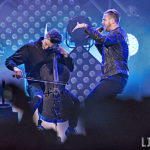