Brantford, Ontario pop-punk outfit Harbour have been creating a buzz for their infectious melodies and sing-along choruses. The group’s new album Grade School Summer has been receiving significant critical acclaim, and garnered the attention of Bullion Records in Japan who signed the group in order to release the album overseas. Harbour will be performing cuts off their new album when they hit the stage as a part of the WTFest Music Festival in Brantford, Ontario on June 14th alongside Hedley, Lights, and USS at Lions Park. We caught up with frontman Jamie Mittendorf to talk about, well, all of the above!

Talk a bit about how the band came together and how it’s evolved since your inception….
Mittendorf: Basically, we’ve all been playing together in different bands for years. We came together to form Harbour in early 2012, after Jamie left his pop-rock band Victory Sweet Victory. Josh and Henry were playing in a pop-rock band called The Estate for a while, then Jamie asked the guys if they wanted to start a punk rock band. Mike is the band’s most recent addition, but we’ve all been friends for years.

Talk a bit about your sound and influences, because you have a classic ’90s kind of pop-punk feel and have more in common with bands like New Found Glory or Millencolin than most contemporary groups.
Mittendorf: We define ourselves as an old school pop punk band. We take a lot of our influence from bands such as The Starting Line, MxPx, Rufio, and New Found Glory; but we like lots of new music too!

How do you describe the sound to someone that hasn’t heard the band before?
Mittendorf: A nice mix between Green Day and Blink-182. We play a very secluded type of pop punk that it’s very tough to explain to most people! Just listen! 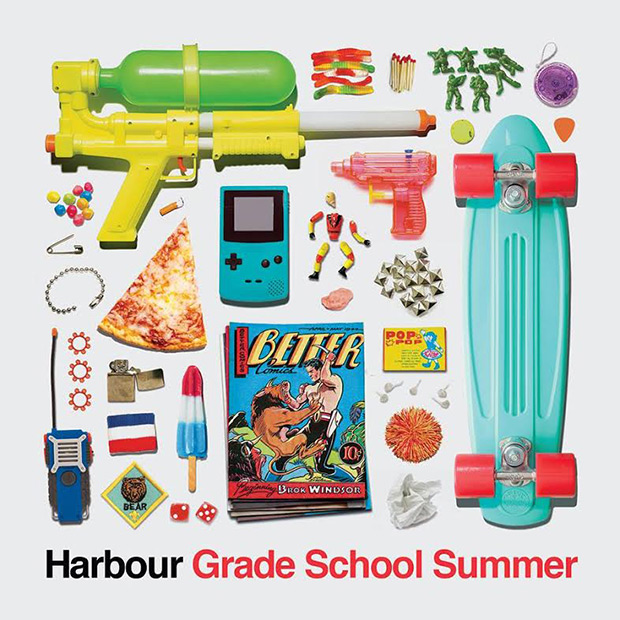 Talk about the new album Grade School Summer and the type of album you were setting out to create.
Mittendorf: We’ve had a great reaction to our single “Grade School Summer,” I think a lot of people can relate to pretty much everything the song is talking about. It really about looking back at your youth with and remembering the perks of being young; staying out until the street lights came on, playing video games, hanging out on MSN messenger, all the things we used to love to do, but were forced to move on from as we grew up. The song’s not meant to view at these things as being absent from our current lives, but more as things that come together to make up who we are today. We were also still trying to find our sound before we wrote this record. When we recorded this record, we knew we were headed exactly in the right direction.

You recently signed a record deal in Japan. Tell us how that came about and what the experience has been like?
Mittendorf: Bullion Records in Japan reached out to us the day after we released our music video for “Grade School Summer.” They told us they wanted to sign us and release the record in Japan. It’s really been a dream come true for us. We never thought we’d have one of our records being pushed to the masses half way around the world.

You got confirmed for an opening slot on WTFest in Brantford on June 13th with Hedley, Lights and USS. What is it like to have such a big show in your hometown?
Mittendorf: We never thought we’d be playing such a big show. We are used to playing in front of anywhere from 50-150 people every night, and to have the chance to play on this huge stage in front of thousands of people is going to be insane. We are extremely honoured to be playing this. Big ups to Jamie Stephens for putting WTFest together because Brantford needs this!

Who are you most looking forward to seeing at WTFest this year?
Mittendorf: Hedley for sure. We all grew up listening to them in high school and we watched them blow up. Cannot believe we are sharing the stage with them! Also, very excited to see Lights and to check out the rest of the bands! 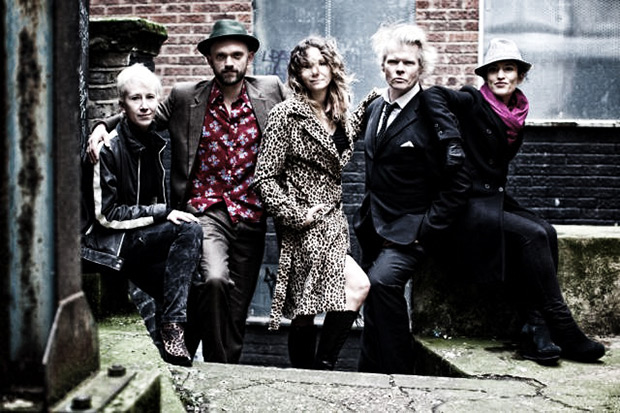