We recently sat down with Art Alexakis, vocalist/guitarist of the platinum selling, Grammy Nominated rock act Everclear, whose band has completed work on their brand new release, Black Is The New Black. As they prepare to hit the road as part of the Summerland Tour alongside other popular acts from the ’90s, we wanted to get the scoop on the new recording.

Now that your new record, Black Is The New Black, is complete how do you feel about it and are you satisfied with the outcome?
Alexakis: I couldn’t be more satisfied, I know everybody says that but seriously, we made the record and we took about three weeks off and came back to it and it just sounds phenomenal. Yesterday I got a chance to hear it on the radio with all the compression and stuff that the radio stations put on it and it sounded just huge. I was walking down the hall and people are going “who is this” they were younger people and it was really awesome, they had no idea who I was. 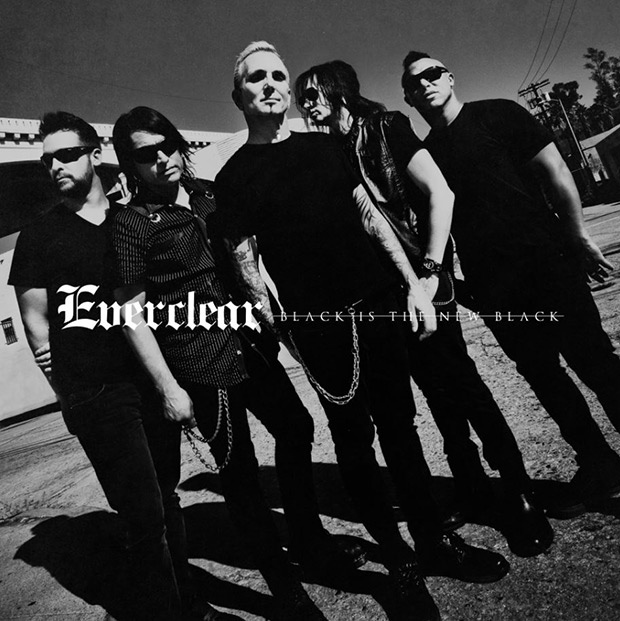 You kind of touched on, and it was one of my later questions, but I am going to mix them up a bit here if you don’t mind. You said they were younger people that were digging it, so what does an Everclear crowd look like these days?
Alexakis: You know what is weird, if you come to the Summerland Tour that we do every summer with a bunch of bands from the ’90s, platinum bands, you would expect a bunch of old-timers out there, but there are so many young people out there, people in their teens and 20s and they know all the songs and are rocking out. We have fans that are in college and even junior high school and then we have little brothers and sisters and even kids. I see lots of parents coming out with their kids too. It does not feel like we are playing to a bunch of greybeards even though I have kind of a grey beard going on right now.

So it is like multiple generations going on, people like me taking their kids to the show right?
Alexakis: Absolutely. The thing is I think a lot of young people are just yearning for some good rock ‘n’ roll and someone to take it in a new direction. I am waiting for a new Nirvana or something new to come up and kick music in the butt and kick culture in the butt a little bit; get this thing going again because it is kind of staggering a bit.

Alright, let’s go back to the record for a minute. What is your writing process like? Do you guys all write together or is it more the efforts of one particular member of the band?
Alexakis: Yeah it is me. I write all the songs. I write all of the songs and I bring it to the band. I have a rough outline of what I want them to do, but I play with really great guys and they know what they want to do and we get together somewhere in between. It is a great thing because it never sounds exactly as I think it should. I try to keep an idea rough in my mind because I want to be surprised at having new things come up and I want them to be the best. I teach a course on songwriting and my whole thing for my students is to leave room for brilliant mistakes, leave room for the things you didn’t plan on to come. It’s got a great foundation and you put your voice on the song, I don’t mean your singing voice I mean let the song have a part of you in it, but leave room for it to go great places. That is what I have always done and I think on this record we really nailed it.

Your previous records have done quite well. Do you feel pressure to write a follow-up that is just as successful or is that not even an issue?
Alexakis: No you know what, it is funny we haven’t had huge success, our records, as you said have been pretty successful and we have had a long and great career, but even when I was working on Sparkle And Fade, which is having its twentieth anniversary this year, I kind of spit in the face of that whole sophomore slump thing and wrote a song called “One Hit Wonder.” My whole thing is to make the best record I could and I got through it and went over it with my A&R guy and some people I really trust and it was good, but it wasn’t great so I went back to the drawing board and wrote a few new songs, re-did a few of the songs that were on there, and made another record that was our biggest record to date until So Much For The Afterglow, which came out in 1997.

To me this record seems to be a bit heavier than your previous records, was there intentional or is it just the way it turned out?
Alexakis: Well it was intentional because I just wanted to make a basic guitar record, not a lot of keyboards, the guitars really loud in the mix, and the drums and the bass really heavy. I love hard rock ‘n’ roll, I grew up listening to Black Sabbath, Cheap Trick, and Aerosmith, punk rock like Jane’s Addiction and The Pixies and bands like that. So when I started doing Everclear I love rock ‘n’ roll songs and I love melody, but I love big guitars. For this album I co-produced it with these two kids who do a lot of metal bands and I think they brought a sound that we needed in the room. We kept pushing them and they kept pushing us and a lot of times it was the older guys that were saying “no, no make that louder and heavier.”

Yeah push it to eleven.
Alexakis: Right eleven. We are just old rock guys, man. I am going to be like ninety years old and pissing the grandkids off because grandpa is playing that loud music again.

I am glad to hear you say that because I say that to my kids all the time. I don’t see the obsession ever going away.
Alexakis: Never man, I am a rocker and it is what it is! 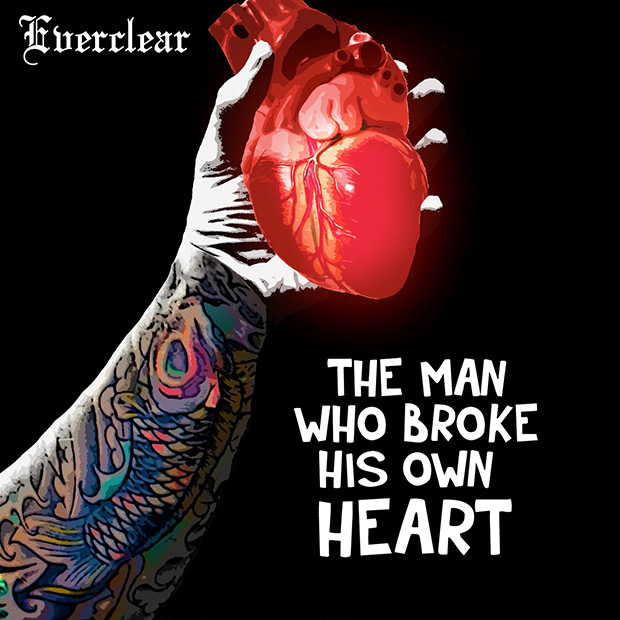 Your songs are quite personal and narrative, almost a storytelling nature, so do you write the lyrics first and adapt the music to them?
Alexakis: It depends on the song. I really try hard not to write the same way every time because that puts you in a rut and you start sounding the same on every song. To me, some songs start with a riff a melody or an idea other times it is a lyric or story and I will pick a story and build around it. It just depends on the song.

I realize that all of the songs on the record are your “babies,” but are there any tracks that are personal favorites or that have good stories behind them?
Alexakis: I don’t know if it is my favorite because that kind of moves around, but I love the first song on the record, I don’t know that it is going to be a single but it is a great album opener. It is called “Sugar Noise,” it is just a balls-out guitar rock song beginning to end and it just tells the story of a guy who can’t deal with life anymore and just wants to go back into the dark places and get lost in the noise. I feel like that everyday, I have been sober for almost 26 years and I think about that all the time as does anyone with alcohol issues or chemical issues or even life. Everyone has problems with life and you just want to get out of the way and let it go by you. That is kind of the lyrical base behind the song. It is a pretty dark record musically and lyrically which is kind of really bizarre because I am doing really well in my life, I am very happy and upbeat and everything is going good. I think I feel safe to go into the dark place and I have plenty of dark places to go to.

So when you are writing from those places is it sort of cathartic?
Alexakis: Absolutely, everything I do when it comes to writing and playing rock ‘n’ roll is cathartic. I come off stage and I feel fifteen years younger than I did when I walked on stage. This is in my life’s blood and I am going to do this until I can’t; until I absolutely can’t pick up a guitar. I can’t imagine a time when I can’t play music, it would kill me; it would just kill my soul.

Alright just one more for you, and one I think people find the most difficult. Do you have any closing words at all?
Alexakis: Well if you have a question I have an answer for you, but I just hope that everyone who likes hard rock ‘n’ roll, or anyone that has liked Everclear at anytime, listens to this record and, if you like, it buy it and support the band. Come out to the shows, come out to Summerland this year, it will be awesome!

Check out the song “The Man Who Broke His Own Heart” here. 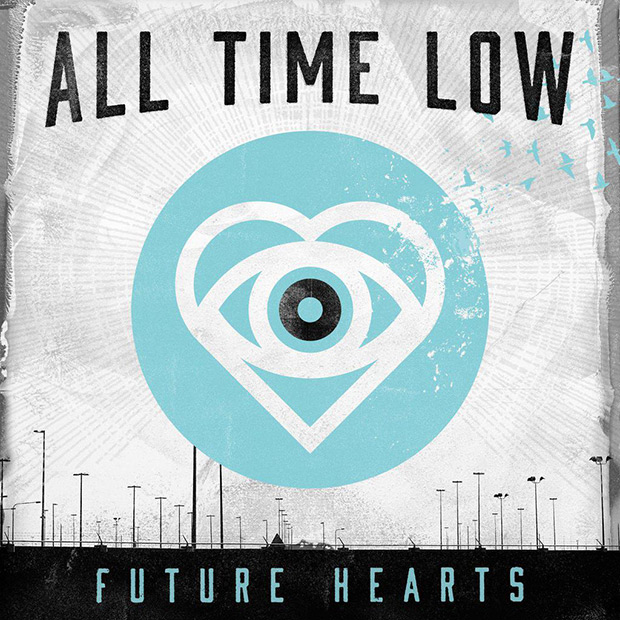