If you Google “heavy metal designers” you’ll be surprised by the overwhelming amount of results. That said, not all of the artists possess the technical skills and artistic sensibilities required to deliver the goods when commissioned to do an album cover, a gig poster, or an illustration for a merch item.

In this edition of And Justice For Art, we proudly present some of today’s youngest and more promising visual artists. They come from different parts of the world and have distinctive visual styles and different working ethics. All of them, however, share two common denominators: they’re talented, and produce plenty of graphics for the underground Metal scene. Let’s take a closer look….

LUIS SENDON:
“My work is a mixture of Horror, Scifi comics and films that I love,” comments novel Spanish artist Luis Sendón.”I work for bands around the entire world including Agathocles, Brutal Truth, MACABRE, Nashgul, among many others.” 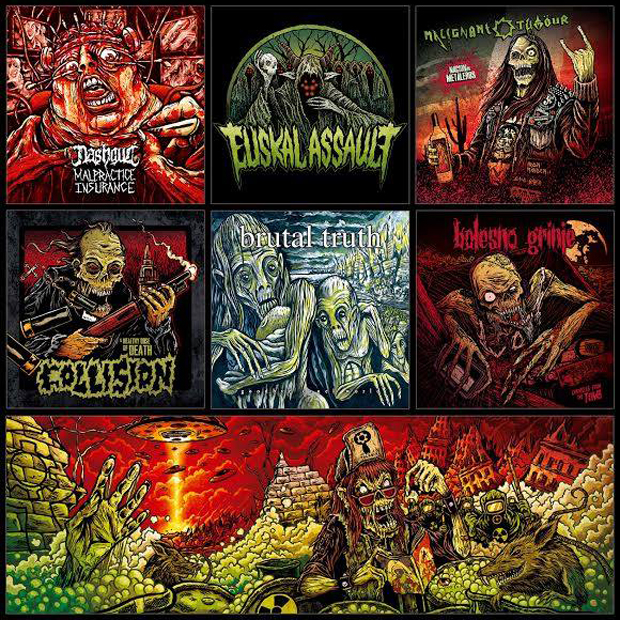 RAFAEL TAVAREZ:
Talented Brazilian visual artist, Rafael Tavares, has been working on creating graphics for Metal music since 2005. “I’ve already worked with Azaghal, Cauterization, Blood Red Throne, Killgasm, Wormreich, and many other underground bands,” he says. “I like to create decayed motifs and creatures, with eerie atmospheres.” Some of his main influences have been HR Giger, Beksinski, Frank Frazetta, Joe Jusko, etc. 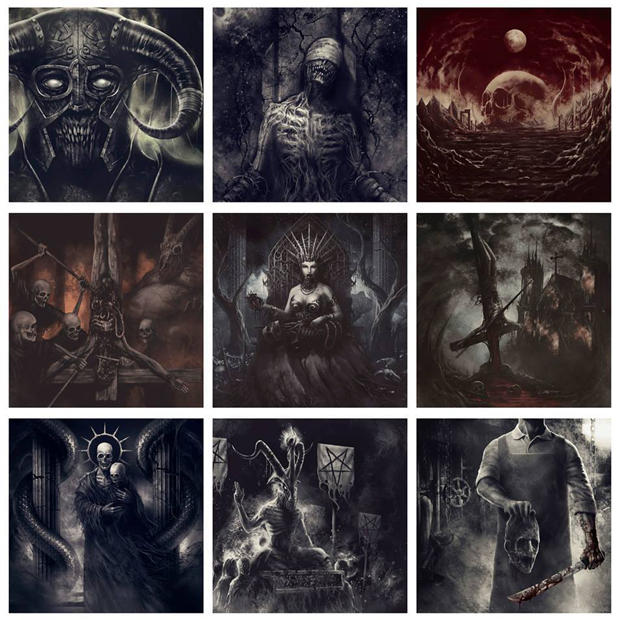 NIKOS MARKOGIANNAKIS (ZILA):
“My work is a montage of images around the world, inspired by heavy metal music and song titles that I’ve been listening since I was a teenager,” explains Greek illustrator/photographer Nikos Markogiannakis of Zila Art & Design. “I love minimalism and symmetry, dark, romantic and sometimes industrial concepts.”

Markogiannakis has worked for bands like Anubis Gate, Die Sektor, 4bitten, Die Braut and many others. 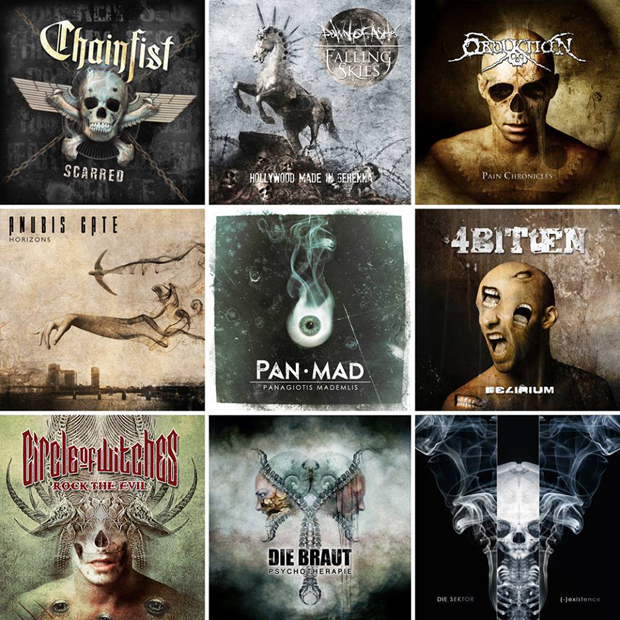 INK4RT:
The photo-manipulation artworks of Ink4rt reflect the artist’s vision of the society: complex and tortured. “My works are intended to highlight our buried fears by representing of disturbing characters that have a malefic aspect,” he comments.

This young French graphic designer and illustrator has been working since 2011. According to him, he’s “specializing in creating images for the industry of music and literature. Some projects are already underway for 2015.” 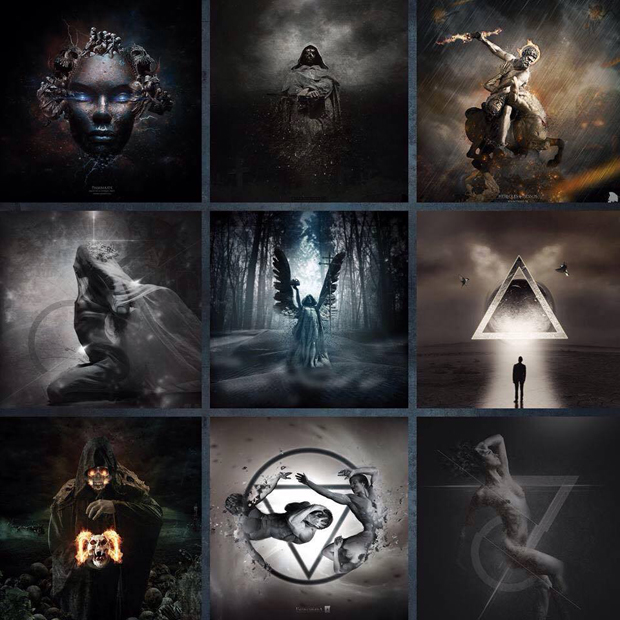 CHRISTIAN GIUSEPPE:
“My artwork, it’s just the reflection of the obsessive interest in horror, gore, science fiction and B movies, the hours I’ve spent in front of the TV in my childhood and the undeniable influence of the strident and aggressive ’80s metal,” says visual provocateur, Christian Giuseppe, referring to his detailed and aggressively-looking illustrations. “I enjoy the creation of freaks, deformed and extravagant characters and I like to speculate about his origin and personality while I do it.” 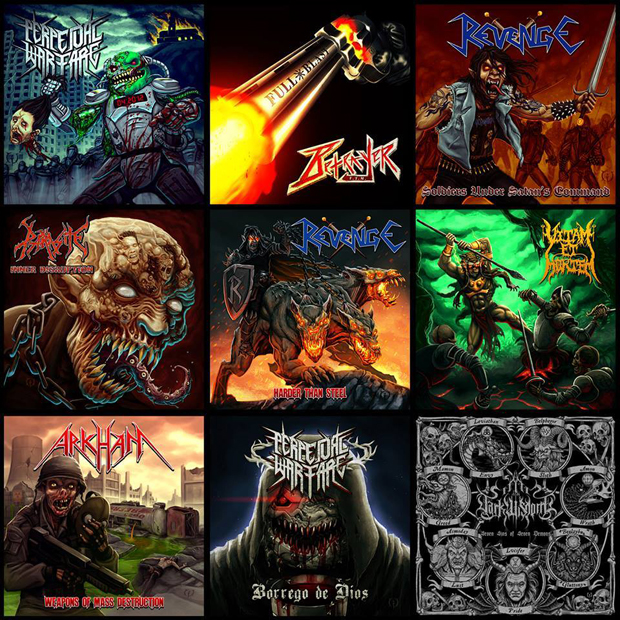 Check out more of Giuseppe’s work at: www.carnagegallery.daportfolio.com/about/.

There you have it: five young artists with promising futures ahead of them. We’ll keep bringing more of these in future editions of And Justice For Art. In the meantime, stay Heavy!