All Time Low has been around for over a decade and when a band has been playing for that long, some obvious trends start to occur in their music. In typical All Time Low fashion, their newest release Future Hearts has a few fast paced, uplifting tracks with motivational lyrics (Kids in the Dark, Old Scars/Future Hearts), there’s an angry song about love gone wrong (Dancing With a Wolf), and there’s a cute love song that’s set to some really upbeat music (Don’t You Go). These kinds of songs are a staple of any All Time Low album and they make for really solid tracks on Future Hearts.  But the songs that really stood out were the ones where the band tried something completely different.

The first two tracks on Future Hearts are two of my favourite that All Time Low has ever released, and I think that’s because they’re both a big step away from the typical All Time Low sound. You can clearly hear how much they have matured from Nothing Personal, and even from Don’t Panic. The album opener “Satellites” is a real gem. It isn’t the usual upbeat tempo, prominent guitar sound that people expect from this band. It’s a little more raw and stripped down, and I really like that. I also envision that it will be fantastic when played live, especially if it’s the opening song of the night. It has a great build up, and the lyrics are pretty simple and repeated often so it’ll be super easy for the crowd to get into it.

While I love what the guys did with “Satellite,” the second track on the album has my heart. I say this because “Kicking & Screaming” shows us a more aggressive side to front man Alex Gaskarth and his vocal abilities. I’ve been a fan of All Time Low since their early days and I have always loved the tone of Gaskarth’s voice; his clean vocals are just phenomenal. It’s hard to argue that he doesn’t have a fantastic voice, but hearing him scream a little throughout the song took it to a completely different level and almost knocked me off of my chair. He knows how to pick the right moments for screaming, and hearing that hostility in him makes his vocals more enjoyable. I’m going to keep my fingers crossed that including a more aggressive song can become a new trend for future All Time Low albums.

For the record, while I listened to Future Hearts for the first time and wrote notes for this review, I noted “very catchy” under every single song. The guys from All Time Low have a serious knack for writing stupidly catchy songs that will get stuck in your head for weeks on end. The lyrics on Future Hearts are what makes me love this album so much. I thought it would be a challenge for them to top Don’t Panic, but I am really impressed with what All Time Low did this time around. 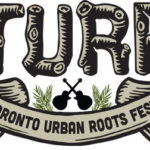 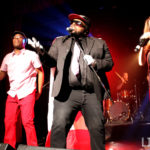