Acid Mothers Temple play space-aged stoner rock that takes their audience to another world while creating such a distinct brand of musical madness. The band wields their instruments as if they’re musical wizards conjuring spells to mesmerize the audience with their wild and whimsical ways. They certainly succeeded in making an impression on the audience at Electric Owl with their two-hour performance while only playing four songs. It is amazing to see another Japanese rock band join the ranks of Boris with a die-hard fan base in North America.

The band creates cosmic rock that blasted the audience into another dimension before bringing us back to Earth by the time their space-aged performance ended. The music itself draws on many side-winding psychedelic influences reminiscent of Pink Floyd, Hawkwind and the Groundhogs. It was almost like an out-of-body experience the way the hypnotizing riffs and extended jam sessions created a musical cloud of sonic density. The band also brought an incredibly unique cultural imprint to the music by singing all lyrics in their native tongue of Japanese. The real magic of their performance lay in segues from riff to riff that allow the songs to melt into each other, creating a seamless musical experience unlike almost any other. The flow of the of the performance created an effect similar to Pink Floyd where songs are driven into each other to create one large over-arching musical presentation.

It truly is an experience one must witness to fully comprehend because it is almost as if the audience felt their feet hit the ground again once the band was finished on stage. If you’re looking for a one-of-a-kind experience with distortion, improvisational jam sessions and a band that puts on a show like you’ve never seen before, look no further. 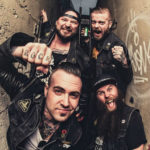 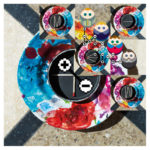