Win a pair of tickets to see COLEMAN HELL at DRAKE UNDERGROUND in Toronto by emailing contests@lithiummagazine.com with COLEMAN HELL Contest as the email header. Please include your full name as it appears on your drivers licence. Winner will be notified by email. Contest will run until end of day March 23rd, 2015.

ABOUT COLEMAN HELL: From the electro-infused hip hop showcased on his debut mixtape, Stark Raving, to the funky nu-disco on his VENA EP, Coleman Hell defies traditional genres. As a member of the up and coming sideways artist collective, his music takes established genres like hip hop, disco, house, and pop and puts an appropriately “sideways” spin on them.

After first tearing up Hype Machine last July with his #1 charting collaboration with La+ch, You Are My Summer, Coleman Hell continued to release a steady flow of new material, culminating with the VENA release in December. However, that was just a taste of what’s to come from this prolific producer/songwriter in 2015.

Earlier this month, Coleman took the blogosphere by storm with his first release of the year, as his latest single “2 Heads” skyrocketed to #1 on Hype Machine and instantly propelled Coleman Hell to a new plateau of success. “2 Heads” is the first in a series of tracks that will be previewed in advance of the release of Coleman’s debut album, Srry Bout Last Nite, on April 28th. Srry Bout Last Nite is a wildly diverse collection of songs that transcends any particular musical genre and will appeal to all different kinds of music fans. Stay tuned for MUCH more to come from Coleman Hell, as well as La+ch and the rest of the sideways crew. 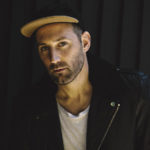 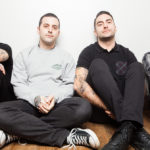