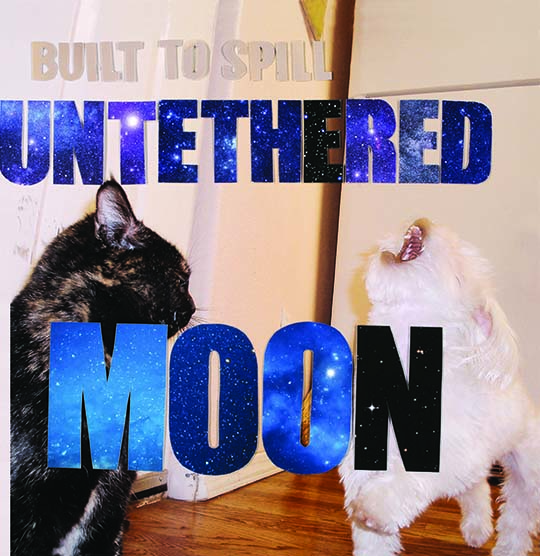 March 2, 2014 – (Burbank, CA.) – Warner Bros. Records, an official sponsor of Record Store Day, has announced its annual participation featuring a series of vinyl albums and singles exclusively available for this years Most Anticipated Event held on Saturday, April 18th .  As you know, RSD is a celebration of the unique culture surrounding over 1,000 independently owned record stores in the U.S. and hundreds of similar stores around the globe.

As always, we are excited to reveal our very special, limited-edition, Record Store Day exclusives. Descriptions of our highly coveted sonic delights are as follows:

Ben Lee:  Big Love – Black Vinyl 7″ single
Limited to 3000 copies
Australian singer/songwriter Ben Lee celebrates his Warner Bros. Records debut release with an exclusive RSD 7″ single comprised of a brand new track from his forthcoming album, LOVE IS THE GREAT REBELLION, to be released in the U.S. on June 2nd.  B-Side, “Follow That Feeling” is an exclusive non-album track.

Built To Spill: Untethered Moon – Album on Transparent Blue or Black Vinyl.
Transparent Blue Limited to 500 copies
Untethered Moon is the first Built To Spill album recorded with new band members Steve Gere(drums) and Jason Albertini (bass), who join guitarist/vocalist Doug Martsch. BTS’s creative process continues to ebb, flow and evolve in its own orbit, reemerging on record for the first time since 2009’sThere Is No Enemy with ten new songs that fit at once into the band’s resonant catalog while infusing fresh energy into that signature sound. The transparent blue vinyl will be randomly distributed into the initial run of pressings. This is the first chance to buy Untethered Moon just for RSD as the CD and digital editions will be released on April 21st.

The Flaming Lips: Clouds Taste Metallic Era EP’s: Series of Three Colored Vinyl 10″ Vinyl
Bad Days – onSolid White & Transparent Green & Transparent Yellow Mixed Vinyl
This Here Giraffe – on Clear & Solid Orange Mixed Vinyl
Brainville  – on Solid Yellow Vinyl
Limited to 5000 copies each
2015 marks the 20th anniversary of the critically worshiped Clouds Taste Metallic, The Flaming Lips7th studio album originally released in 1995. THE LIPS love RSD and to celebrate, they offer a series three Limited Edition 10″ EPs on different colored vinyl that contain tracks previously released on only CD overseas…until now. These rarities will now become available for the first time EVER in any format in the US. Later in the year the band will be releasing expanded anniversary editions of Clouds Taste Metallic with previously unreleased recordings from the sessions including demos, outtakes, radio sessions, live performances and more. Further details to be announced soon. Until then, feast on this:

BAD DAYS EP
SIDE A:
Bad Days (Edit) & She Don’t Use Jelly (Primitive Demos)
SIDE B:
Girl With Hair Like An Explosion (Non LP Track), Giraffe (Demo)

BRAINVILLE EP
SIDE A:
Brainville & Evil Will Prevail
SIDE B:
Waterbug

The Prodigy: Ibiza – Glow In The Dark 7″ Vinyl Single
Limited to 2,000 copies
The Prodigy are back! This limited edition Record Store Day Exclusive package includesa non-album instrumental release of “Ibiza” and the single “Ibiza” feat. Sleaford Mods from The Prodigy’sforthcoming 6th studio album The Day Is My Enemy, to be released in the U.S. on March 30th, 2015 via Three Six Zero Music/Warner Bros. Records.
Tracks: Side A – “Ibiza” feat. Sleaford Mods. Side B – “Ibiza” (non-album exclusive)

Steve Reich: Music for 18 Musicians Vinyl Double-LP
Limited Edition (# of pressings N/A)\
Nonesuch re-issues the Steve Reich masterpiece Music for 18 Musicians, performed by Steve Reich and Musicians, on two 180-gram vinyl LPs. The album was pressed at Pallas Manufacturing in Diepholz, Germany and is packaged in a vintage-style double pocket gatefold jacket with poly sleeves. The original 1998 recording was released on CD and has been mastered for vinyl by Robert C. Ludwig. Each limited-edition record will be individually numbered.

Tegan and Sara: Live at Zia Records – DC & Vinyl album – Aqua Blue, 4500 copies & Grimace Purple, 500 copies as a ZIA Records Exclusive
Limited to 4500 & 500 copies respectively
On Tuesday September 10, 2013, Tegan and Sara recorded the music featured on this Record Store Day exclusive at ZIA Record Exchange in Phoenix, Arizona. This special LP includes tracks from their most recent release, Heartthrob (2013) and their hit album The Con (2007). Pick up a limited edition grimace purple vinyl from ZIA Records locations only – 500 units available. Tegan and Sara’s 14-year career has seen them build an avid global following of fans and fellow musicians alike. Their unique ability to bridge the pop and indie worlds has allowed their music to cross all traditional boundaries of genre, from being covered by The White Stripes to collaborating with superstar DJs such as Tiesto and David Guetta.

Tegan and Sara: Vendiagram Tote Bag:  Limited Edition RSD Exclusive
Let’s face it, you’re gonna need something to carry around all the vinyl you’re getting on RSD. Thankfully,  Tegan and Sara and have thought about that already so you don’t have to. Made from 6 ounce, 100% cotton canvas,  15″ x 16″ to hold all your exclusives. Thank You, Tegan and Sara!

The Used:  Shallow Believer – Royal Blue Colored Vinyl Album
Limited to 3000 copies
Shallow Believer is a compilation of B-sides from the band’s first three studio albums, recorded between 2001-2007. Released digitally in 2008, the album peaked at #13 on the iTunes albums chart. This is the album’s first ever physical release.