The Latin rock stylings of Carlos Santana began to receive attention as the result of his 1969 performance at Woodstock, the mother of all music festivals.  He has since gone on to record a combined total of twenty-seven compilation and collaboration albums, appear as a guest artist on countless releases, and create twenty-two studio albums with his band, the latest of which is Shape Shifter and is the inspiration for his current tour.

Lithium Magazine was afforded the opportunity to chat with Santana while prepping for the tour, and here’s what he had to say:

Tell us how you came up with the concept that became Shape Shifter”?

Carlos: First of all, I got rid of the word formula because it is not a formula album. The word formula is positive when you’re creating in a laboratory to cure cancer or something. If you’re creating a theme, melody, chorus for a radio station, which would make sense to call it a formula. For me and this album, it’s the opposite, this is having no formula. We replaced formula with sound.

With the enormous success you’ve had collaborating with singers over the last decade, what was it like focusing on the core chemistry of you with the band?

Carlos: It was different than focusing on a singer because I was the singer.

What are the musical elements of Native American tribal culture that sparked your interest as a human and inspire you as a musician?

Carlos: I think it’s time we invite our sisters and brothers, the first people of the land, to come to our Universities and teach our children how to be more connected with Mother Earth. We’re so stuck in computers and satellites that we’re further and further from the center of our hearts. I would like to invite the United Nations and the American Natives to have an agreement to make next year; they have the year of the child and the year of the woman, to make next year the year of the first people of the land. It inspires me because every person on this planet, we love fairness, we love equality, we love justice. The thing is when we see justice and equality, it’s better than any movie with special effects of bombs and killing people. Like when the Berlin Wall came down, when [Nelson] Mandella was freed, when we celebrated the year 2000 as one [human] family, those things are very, very moving to our hearts and ourselves as human beings. We’re not robots, we respond to justice and fairness.

How do melodies and themes come to you when you write new music? Is it from above or is it something you try to refine?

Carlos: That’s a great question. It comes from above, above mental gibberish or being cute or clever. It comes like a voice from the center of your heart or from high above where it’s too quiet, beyond the chatter and screaming monkeys in your head. Definitely “Spark of the Divine”, it’s short but it has a very powerful theme. Shape Shifter didn’t come in until we started playing. Some things arrive the instant that you’re not thinking about it.

What has your band brought collectively and individually to the album?

Carlos: Thank you for asking that. Each one is more than just a color or a texture. Each person brings their own spirit, their own imprint. They all bring their own colors, their own creativity.

Do you find that the new musical technology has had influence on your sound over the years, or do you remain faithful to your vintage equipment?

Carlos: I actually do both. I can adapt to any situation because I am the sound anyway, whatever I plug into I just make sure it doesn’t sound, excuse the expression, weaning and thin. This is the main tone, here it is right here: genuine, honest, sincere, true and for real. That’s the tone.

Aside from this being instrumental, there are a few songs on the album like Shape Shifter and Nomad that cover many genres within one song. What kind of freeing experience was that for you as an artist?

Carlos: I’ve always had that since I started playing the guitar because I wasn’t told by anyone to not do things, you know? I never heard anyone put a negative tone about what I could or shouldn’t do.

What about the song “Angelica”? What was the inspiration of that song when you think about her?

Carlos: That’s my baby daughter. Angelica is a very, very different kind of spirit because ever since she was a very little child she would say things like, ‘I wish everyone had the skin color of crystal so we can all be differently the same’. I was like, ‘What? Where did you get that?’, then she would look at me with this ridiculous look like, ‘You don’t get it’. She goes, ‘It just popped into my head!’

Let’s go to Mr. Szabo, what influence did he have on your guitar playing? [Gabor Szabo is a legendary Hungarian jazz guitar player that died in 1982]

Carlos: Thank you for asking me that. Gabor Sabo instantly pulled me out of that BB King ocean.  Everybody was playing like BB King, Eric Clapton, Peter Green, we were all children of BB King, including Buddy Guy. I still call BB King the White Whale, or the chairman of the board.  But Gabor Szabo took me out of there. Someone brought me an album called Spellbinder with Gabor Szabo and that changed my whole spectrum on life because besides from being a Hungarian Gypsy, he was the first one who started doing “California Dreaming” and combining pop tunes with jazz guitar. Before that it was Miles Davis who did that but on guitar it was Wes Montgomery but Gabor Szabo proved you can play jazz chords and things on pop tunes.

You’ve collaborated with some of the biggest musicians, is there anyone else to date or anyone up and coming that you’d like to work with?

Carlos: Lady Gaga, I’m serious! Some African musicians, I found out not too long ago that bands from Persia, Jerusalem, Istanbul, all the way to India are into Metallica and Santana. I want to play with some of the band because I want to learn that kind of a singing a phrasing, it’s very rare and it’s very attractive to me. Some Persian bands, Middle East bands.

It’s been a while since you came out like a comet at Woodstock, what do you remember most about the experience?

Carlos: We found that it was real, it was a living organism of people with the same consciousness, the same ideal, same aspirations and we all wanted one thing that’s for sure. We wanted peace; we wanted the end of Vietnam, the end of all wars abroad and here. A real warrior brings peace not war.

As you’re looking back and moving forward, how do you think your approach to your guitar has developed?

Carlos: You know, it’s like asking how you drink this when you were drinking when you were very young. I still put something in my mouth and I swallow. Playing guitar is the same thing, I have no idea what the heck I’m doing or where I am on the neck. In other words I don’t approach music ever like eating chicken with a fork and a knife, I want to eat it with my hands.

How do you inspire yourself and keep it fresh?

Carlos: I read a lot of books to tell my molecules and my brain to obey me instead of me obeying them. So I read books that re-affirm words like sentinel, shaman, benevolent, messenger, self, higher-self – those kinds of words that remind you you’re not a puny victim of society.

Is that what you try to communicate through your music? Music has such a power with the people that are really passionate about it, do you think it can change the world?

Carlos: Absolutely, like “What’s Going On?” by Marvin Gaye, “What a Wonderful World” by Louis Armstrong, “One Love” by Bob Marley. Definitely if the five people who own the radio stations all over the world listen to me and give me what I request, give me two months to try out every shopping mall, hotel, parking lot, you would see a decrease in violence on this planet. Domestic abuse, rape, child molestation, if they would only give me a month there would be a noticeable change with behavior because music has the power to relieve people from fear and anger.

Who are the people you see that are making a consolidated effort to change the world through music?

What’s next for Starfaith Records?

Carlos: There’s about three or four records due, I’d like to do another instrumental because I have a lot of ideas. I think mostly just stay grateful and stay happy.

Thank you so much, it was a pleasure. I really appreciate you getting on the line. 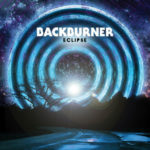 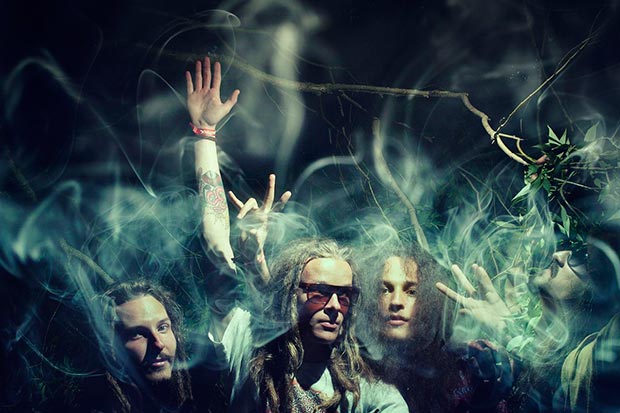