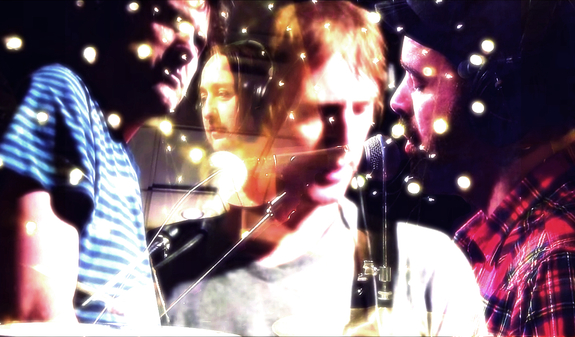 (March 24, 2015 – Toronto, ON)  Dine Alone Records is excited to announce the upcoming 5th studio LP from legendary UK band Swervedriver. I Wasn’t Born To Lose You will be released in Canada April 7 and is the long awaited follow up to the band’s 1998 album 99th Dream.  Check out the new track “Setting Sun” here and see below for album details as well as the band’s upcoming Canadian tour dates.
In 1990 London’s indie rock guitar scene was developing a distinctive new psychedelic sound: swirling, dreamy, mysterious and very much of the British Isles. One band stood out by hot­wiring that sound with the subversive energy of some American bands of the era and that band was Swervedriver. They had the liquid distortion of shoe gaze combined with the cool swagger of Hüsker Dü, Sonic Youth, and Dinosaur Jr ­ giving them a unique sound and attitude.
Relocating from Oxford to London, guitarists Adam Franklin and Jimmy Hartridge, bassist Adi Vines and drummer Graham Bonnar debuted with a series of landmark Creation Records EPs, Son of Mustang Ford, Rave Down, and Sandblasted. Their full-length debut, 1991’s Raise, to this day is hailed by Pitchfork as an album full of “muscular, scorching guitars” that “still bring the noise like nobody’s business” with Mojo stating that Son of Mustang Ford “remains one of the most glorious tunes to emerge in the wake of the so-called grunge explosion of ’89, matching Adam Franklin and Jim Hartridge’s motorized guitar weaving with a beguiling, below-­the-­line vocal melody and lyrics that celebrated the joy of wide-open American freeways.”
The band toured the album extensively, including a lengthy US tour with Soundgarden that brought their wall of sound to thousands. However with both Bonnar and Vines leaving the band not long after, the 1992 EP Never Lose That Feeling looked like it might be Swervedriver’s (albeit scorching) swan song. Then in late 1992, Franklin and Hartridge demoed a new tune “Duress,” recruited drummer Jez Hindmarsh and set about recording a second full-­length album Mezcal Head with Alan Moulder (My Bloody Valentine/Led Zeppelin), which included their biggest singles “Duel” and “Last Train To Satansville.” Touring extensively again, this time with Smashing Pumpkins and Medicine and with new bass player Steve George onboard, their sound was further imprinted on people’s minds.
More roadblocks came to be in their way though: highly revered third album Ejector Seat Reservation came out in 1995 but was never released or toured in the US and although the band returned strongly with their fourth full­-length 1998’s 99th Dream, the energy was dissipating and they imploded at the end of an Australian tour resolving to go on hiatus. Going their separate ways, Franklin moved to the US and released solo albums with his band Bolts of Melody.  No one really knew if the band actually was on hiatus or had split entirely. Then came an announcement in late 2007 that they would be performing at the following year’s Coachella and heading back out on the road. Originally reforming with Hindmarsh on drums followed briefly by the return of Bonnar, they finally settled on Mikey Jones of Heaven and Bolts of Melody and have continued touring and appearing at festivals internationally.
In 2013 everything was ratcheted up several notches when Swervedriver released its first single in 15 years, “Deep Wound.” Spin Magazine called it a “warm, confidently roiling return” with Mojo adding “those same distorted pop sensibilities remain reassuringly intact” and the band debuted the song on “Late Night with Jimmy Fallon”.  For more information visit: http://www.swervedriver.com/ 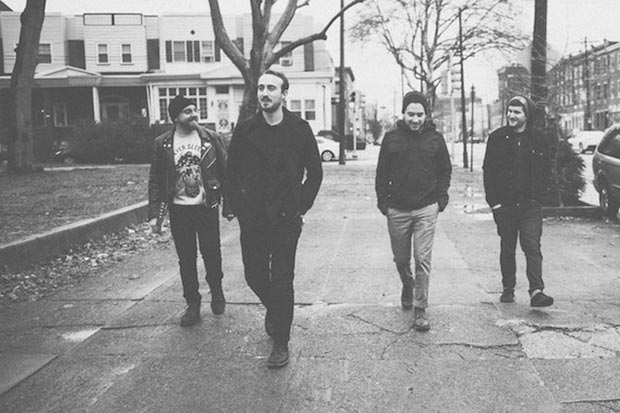 Video Interview with The Menzingers; Guitarist and Vocalist Tom May Discusses Touring, Writing, Epitaph Records, and Getting Robbed at Gunpoint 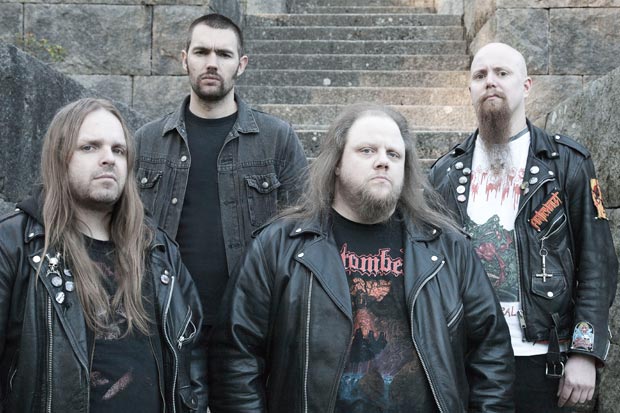