Maryland prog band Periphery is enjoying a victory lap after its albums Juggernaut: Alpha and Juggernaut: Omega both debuted in the top 20 of the Billboard 200 in February, striking a blow for both the group and metal itself, which keeps wrestling with a mainstream perception that its death is lurking around a nearby corner. Fans turned out in force to watch Periphery lead a four-band lineup at New York’s Irving Plaza on Feb. 12, but with the standing-room-only venue rapidly filling up once the doors opened, it was clear the audience was also lured in by the three supporting acts: Thank You Scientist, Wovenwar and Nothing More.

The talent wasn’t as widely diverse as a Gigantour lineup, but compared with its fellow performers, Thank You Scientist was on the (ahem) periphery in terms of style: The progressive seven-piece falls on the jazz/fusion end of the prog spectrum, partially because of having a trumpeter and a saxophonist tootling alongside stop-start dynamics. All the groups shared the linchpin of song craft, yet the energy each emitted was palpably different, and the audience responded accordingly. In a nutshell, Thank You Scientist was indeed experimental, Wovenwar was a one-sided wall of death, Nothing More was nothing less than exhilarating, and Periphery, while technically impeccable, hasn’t firmly balanced the line between smartly interweaving musical styles and becoming a kitchen sink of discordant metal snippets.

The Irving Plaza stage is already miniscule. When you add four different sets of gear and a band whose size would crowd an SUV, you might as well have asked Thank You Scientist to perform atop of a balance beam. The narrow space didn’t trip up the group as it dished out tunes like “Blue Automatic,” “In the Company of Worms,” and “My Famed Disappearing Act,” where the act jammed slightly in the vein of Dave Matthews Band, occasionally veering into fusion corners and intensely focusing on a groove that never turned into all-out funk. Think of Cake and Fall Out Boy uniting to explore a museo path.

While Thank You Scientist was a band you’d expect to be noodling at a hipster block party where the hosts blow weed, Wovenwar was a football team that would blow the roof off a frat house keg party. Having risen from the ashes of As I Lay Dying after singer Tim Lambesis committed an epic moral and legal fuckup, Wovenwar didn’t take one minute onstage for granted. It played to its strengths of putting on a formidable show and creating righteous, take-no-prisoners music that celebrated its desire to be reborn, and the payoff was epic. Nick Hipa and Phil Sgrosso remain a heroic guitar duo, driving home the tasty riffings of “Matter of Time,” “The Mason” (a track advocating self-forgiveness) and “All Rise.” Singer/guitarist Shane Blay and bassist Josh Gilbert swapped vocals, cementing a brawny four-man front line cemented by drummer Jordan Mancino. This well-deserved second chapter of their career was inspiring to witness.

Some bands would break into a sweat if they had to follow up Wovenwar, but Nothing More isn’t just some band. With Wovenwar having primed the room to the point of exploding, Nothing More’s inexhaustible physicality and the transcendent themes of its songs set off the crowd’s emotional detonator. If anyone wasn’t bowled over by anti-materialism anthem “Mr. MTV,” “Christ Copyright” or frustrated lament “Jenny,” they were converted by the four-man drum attack and three-man bass performance. For the former, percussionist Paul O’Brien was joined by guitarist Mark Volleunga and bassist Daniel Oliver banging drums rigged to the sides of the stage while indomitable frontman Jonny Hawkins pounded a drum wrapped in bike chains. The latter consisted of Volleunga, Oliver and Hawkins tapping out a spirited solo on Oliver’s bass a la Walk Off the Earth. They capped their set with their first radio hit, “This Is the Time (Ballast),” a cathartic masterpiece. To be honest, if the curtain had dropped after the band finished, the night would have been complete.

Periphery decked out the stage with a strobe light show that appropriately complemented its mélange of styles, weaving a theatrical high-definition backdrop of magenta and violent to set off the flashing white lights. The six-piece richocheted among multiple genres, from rubbery djent and standard hardcore and scream to modern prog and technical. The triple guitar interplay of Jake Bowen, Mark Holcomb and Misha Mansoor is a very precise and controlled exercise that’s not for the faint of heart, and this trio is what’s driving the whole Periphery machine.

When the band streamlines its songwriting, like it does for the foreboding and mournful “Psychosphere” and the purposeful “Scarlet,” it’s easier to lock in and better appreciate its musical intelligence and understandable ambitions that spring from said intelligence. But that goodwill gets partially squandered when those pieces are in the company of a composition like “22 Faces,” which couldn’t tell you it was a Linkin Park vocal demo gone wrong, a half-finished Dillinger Escape Plan track or a Tesseract song that got slipped some weak acid. Periphery was preaching to the choir though, since the room lapped up “JI,” “The Bad Thing,” “Alpha” and “Graveless.” Looks like its followers are going to keep on singing for a while. 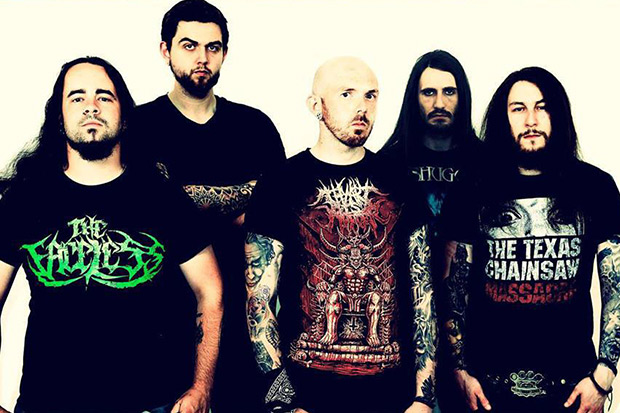 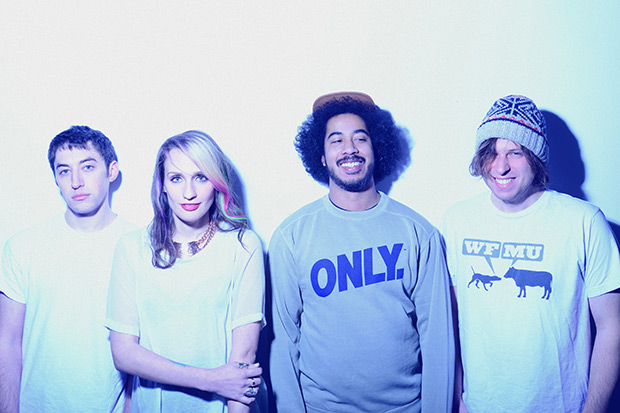