When Nightrage first came to our attention they had the considerable talents of Toman Lindburg handling vocal duties, but since his departure, after Descent Into Chaos, the band have struggled to maintain a stable line-up, none more so than in the vocal department.

Latest to step up to the mic (their fourth), on this their sixth album, is Ronnie Nyman and, while he does a perfectly decent job, much like the band as a whole, decent is all it is. Gone is anything that truly made Nightrage standout and as such they have become nothing more than an average band, hard to separate from the rest of the pack.

That said, The Puritan does have some moments of real quality with “When Gold Turns To Rust” being the most obvious, and in truth, there is nothing really wrong with The Puritan, it is a good album, but not one you would ever say was memorable or original.

Because of their first two releases, I know for fact I still have an interest in Nightrage; however, that interest began to fade as they continued to produce average and unspectacular albums. Sadly, The Puritan does nothing to stop that interest from fading further.

Check out the song “Kiss Of A Sycophant” here. 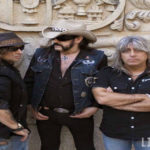 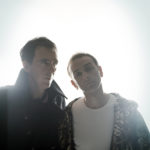 An Interview with Karl Hyde from Underworld