Motionless in White with For Today, New Year’s Day and Ice Nine Kills! Four bands, one bill, called the Beyond the Barricade Tour.

Considering the venue was literally just starting to fill with show goers, Ice Nine Kills had their work cut out for them.  Despite the band’s energetic performance for their 5–song set, it was difficult to raise the small crowd.  Front man Spencer Charnas repeatedly called for audience interaction and looked disappointed when it wasn’t forthcoming. Unfortunately, such is the fate of a support band in first position when fans are still in line outside the venue.

By the time New Year’s Day took the stage, the Opera House was considerably fuller, though not yet near capacity.  Front woman Ash Costello, looking cute and pocket sized despite wearing mega platforms, led the charge through 6 of the band’s most familiar tracks, including Other Side, I’m No Good, Epidemic, Let Me Down, Angel Eyes, and Defame Me.   Live, Costello sounded very close to recorded and held vocals together quite well.  Though Chris ‘Motionless’ Cerulli usually joins Costello for Angel Eyes, the ill-fated border crossing caused such a mess in schedule that he wasn’t ready to take the stage.  Instead, bass player Tyler Burgess took over the part and nailed it nicely.  Audience interaction was considerably more for this set, including a fan that crowd surfed in a wheelchair.  Costello was blown away by the spectacle and mentioned she’d never seen anything like it, at any other show, anywhere.

Sandwiched between the goth imagery and lyrics of New Year’s Day and Motionless in White was For Today, an American Christian metalcore outfit hailing from Iowa.  Screamo vocals prevailed for a hardcore throwdown set of approximately six songs, broken up by frontman Mattie Montgomery’s address of the crowd wherein he spoke of his love for his saviour, Jesus Christ, and advised fans to seek the same, especially if they were struggling with thoughts of self-harm or suicide.

Finally, among a hundred burning candles that dripped wax down the drum riser and amps, came the smell of gas and the ripping sound of a chainsaw, as Motionless in White bassist, Devin ‘Ghost’ Sola, took the stage in full Leatherface costume. Guitarists Ricky ‘Horror’ Olson and Ryan Sitkowski soon joined, as did keyboardist Josh Balz and unofficial member and tour drummer, Vinny Mauro. Together, they launched the intro to Death March, from the new album Reincarnate, whereupon towering frontman Chris ‘Motionless’ Cerulli emerged from the shadows and led fans in a chant of Death! March!

Despite the fustercluck of the day’s events, Cerulli appeared in better than good spirits and was actually playful on stage.  He took time to address the fact that Sitkowski was present for the Canadian gig (he normally isn’t due to border issues), and then planted a kiss on the side of Sitkowski’s head before leading into Creatures.

Fans made it known that it was MiW they had come to see, and the show became a mutual sharing of high energy.  As for the setlist, the band relied heavily on tracks from their latest release of Reincarnate, including Generation Lost, Puppets 3, Everybody Sells Cocaine, Carry the Torch, Break the Cycle, Unstoppable, Dead As Fuck, and Contemptress, for which Ash Costello substituted vocals for Maria Brink’s usual part.  The vocal duo caused the spirited Cerulli to plant yet another kiss, this time on Costello, which raised cheers from fans. And the friskiness continued with some hip thrusting from Cerulli, as he described Toronto ladies as knowing how to ‘partaaay’.

To the mix the band added Creatures, Abigail, and Immaculate Misconception from the album Creatures, America and Devil’s Night from Infamous, and Du Hast, a Rammstein cover from Punk Goes 90s Vol 2.  For Abigail, Spencer Charnas returned to the stage for a vocal assist.   The band was as tight as a clam with lockjaw, and Chris Motionless proved how adept he is at switching from melodic to demonic vocals on the turn of a dime.

Fans were wowed by the performance, and it was no wonder given how far MiW has come with show and live presence.

Cerulli apologized to show goers for yet another fustercluck that happened around Warped Tour this past summer, yet again with Canadian border crossing issues, essentially causing fans to miss MiW’s performance.  However, he promised another great show when they return to Toronto this coming August as support for Slipknot on the Summer’s Last Stand tour. 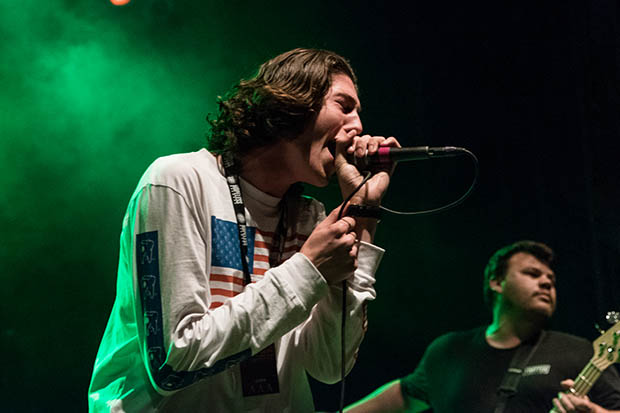 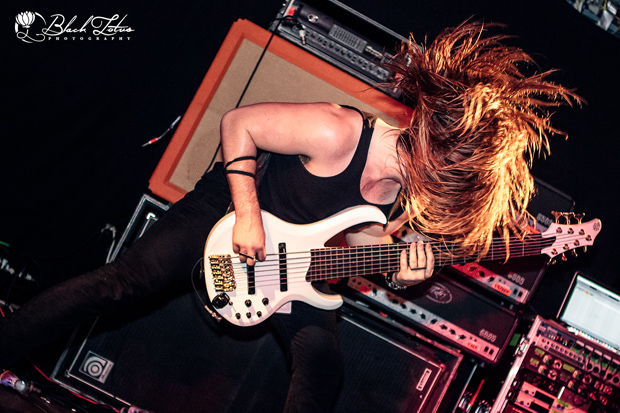