I got the chance to see another one of the films from the Michael Mann series being shown at TIFF Bell Lightbox, this one being Manhunter. This was the second of two screenings for the film, and was incredibly worthwhile to see in its original 35mm archival print format.

Manhunter was originally released in 1986, and stars William Petersen as Will Graham, a retired FBI profiler, and featuring Brian Cox as Hannibal Lecktor. Graham is brought out of retirement to help the FBI investigate a killer by the moniker “The Tooth Fairy”, but in the process has to confront the man he put behind bars in order to gain insight to the case.

This film is unique in that it is the first to feature Hannibal Lecktor, and this role would not be reprised until The Silence of the Lambs in 1991. It was also interesting to see William Petersen in a role that was not CSI, and definitely a worthwhile film to watch, even in a remastered format.

Neon Nights: The films of Michael Mann runs until March 26th at TIFF Bell Lightbox, so try and get in on this series while you still can! 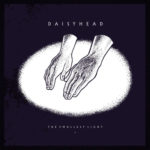 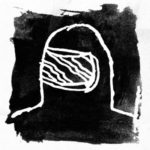