Review and Photos by Bob White

Yeah, they sure as hell were, with their signature sound, southern charm, four decades of tried and true rock n roll, and the kind of easy going confidence and swagger that’s been well earned.

Without benefit of props or pageantry, the seven to eight-piece ensemble (differing at various stages of the show) plus two female back-up singers dived directly into their hit-studded performance, clearly demonstrating why the band and their legendary brand of southern rock have been unstoppable despite the many tragedies and member losses that have befallen them.

Unfortunately, with show goers still filing into the venue and attempting to find their seats, fan feedback was weak at first, and wasn’t at all what the band deserved considering their prominence, showmanship and stellar sound.  Frontman Johnny Van Zant repeatedly called out for crowd interaction with: “Come to us,” while traversing the stage with a worn and yellowed US flag wrapped around the mic stand.  But the mostly sedentary audience didn’t begin to unwind until approximately the time the band busted out the upbeat Call Me The Breeze – originally a JJ Cale song that was covered by Skynyrd for their 1974 album titled Second Helping.

Van Zant remarked on celebrating a band milestone with the 40th anniversary of the release of their third album, Nuthin’ Fancy, which has since gone 2X Platinum. The album originally dropped on March 24, 1975.  And on the subject of time passing, he commented on seeing three generations of fans when looking out at the audience. Though the mixture of ages was slow to warm up, eventually they embraced the band’s energy and fed it back during songs like Saturday Night Special, Gimme Three Steps, Tuesday’s Gone, Don’t Ask Me No Questions, and That Smell, which Van Zant introduced with: “We’ve been there, done ALL of that, and ain’t never goin’ back again!”

Slowing the pace somewhat, a poignant and melodic delivery of Simple Man was dedicated to Canadian and US troops and their families, with Van Zant adding the Canadian flag to his mic stand as he reminded folks of the band’s continuous support of those that defend our freedom.  And a raucous rendering of Sweet Home Alabama rounded out the main set on a high note, as show goers sang along with hands in the air and waving en masse.

Throughout the show, at stage right, bassist Johnny Colt donned multiple hat changes that included everything from feathers to a full wolf hide.  At far left was pianist/keys player Peter Keys, swiveling between both instruments in a top hat boasting skull and crossbones.  Together, they book ended the stage with a free spirited sense of fun and, at times, even comic relief.

As is standard for Skynyrd, the band closed out their performance with the anthem-esque Freebird as their encore.  Van Zant exited the stage upon completion of vocals and the left the band to shine.  And shine they did, with a monstrous wail of guitars and a throwdown of frenzied fretwork that raised the roof and fans to their feet as the beloved song reached crescendo and essentially marked the end of the show.

If you’re a fan of classic rock, chances are that Lynyrd Skynyrd is among your Top Ten bands, not only to listen to but to also hold up as an example of what real musicianship and musical longevity looks and sounds like.  But if you haven’t seen the band live, you haven’t yet begun to sing their praises.   www.lynyrdskynyrd.com 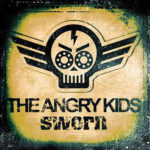 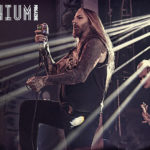