The second I saw the line-up outside of The Phoenix Concert Hall this past Tuesday evening, I knew right away that this was going to be a great. The line stretched down the front of the venue and half a block down the street. Everyone was there to see Sir Robert Bryson Hall II, better known for his stage name of Logic, while totally unprepared for what they were about to see.

It was a sold out show, and the venue was laced with fans chanting for a taste of what they came for, the majority of them young.  As an all-ages show, the floor section of The Phoenix was littered with show goers younger than 19.  Conversely, looking up to the VIP balcony sections, the faces looking back were much older. Cleary they decided to enjoy the show from a good vantage point that was away from the moshing crowd below.

Approximately 30 minutes prior to Logic taking the stage, his DJ appeared and began hyping the already ecstatic crowd. Catering to not only the younger generation but also calling out the hip-hop heads, he began with classic hip-hop anthems and gradually made his way to newer tracks. He was very talented as he was able to mash up tracks in live time while narrating the lyrics between transitions. I’m not sure if the crowd took that in, but I was definitely impressed.

The lights finally dimmed and the fog began to billow onto the stage. Logic came out to a roar of applause with fans jumping along to his first song. He played some of his older and more classic tunes, but also threw in some new material I’d never heard before. The crowd went crazy as he traversed the stage in a frenzy of lyrics and rhythm. He seemed down to earth while telling jokes and ensuring the crowd was having a good time, which he did at least 3 or 4 times over the course of his set.

With the following that Logic has, it isn’t hard to believe that the show was sold out. Everyone had a great night and was well worth a sleepy start to a Wednesday school morning. Be sure to check out his music if you haven’t already, and keep an eye out for the next time he’s coming your way! 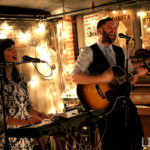 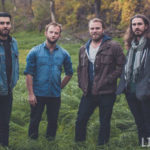