When a beer and water station is being set up on stage right, you know this going to be a lively show. Bassist, Peter Iwers, and guitarist, Niclas Engelin, visited their beer and water station between every song downing at least 3 beers apiece. Water may have been consumed as well, but who needs water when you can have beer! Vocalist Anders Friden even gave the audience a quick guide to which beers not to drink because “life is too short to drink shitty beer.” Once again, In Flames gave an awe-inspiring performance as they slaughtered fans with their hit single, “Paralyzed,” off their latest album Siren Charms. You can always count on In Flames to blend a perfect mixture of brand new songs with older ones that fans know and love. Joining In Flames on their headlining “Charming America” tour were well-known rockers All That Remains and Wovenwar. Santa Cruz, CA will never be the same after the epicness that occurred at The Catalyst on February 27th, 2015! 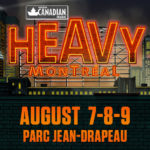 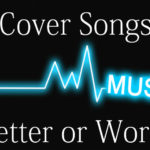 Are Cover Songs Better Than Originals?