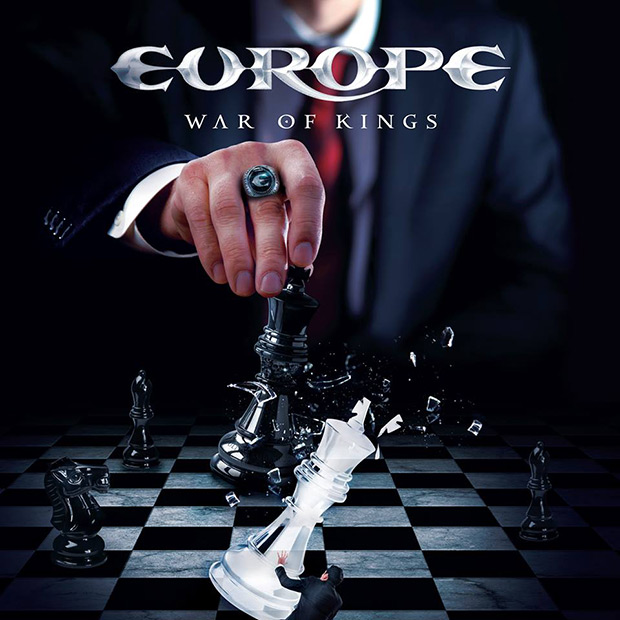 War Of Kings is the tenth studio album by Swedish rockers Europe and sees the band deliver twelve more tracks of that edgy hard rock that has kept them at the top of the rock pile for thirty years now. Yes, obviously, most of you know the name Europe for “that song” but, as War Of Kings gracefully demonstrates, there is so much more to the band.

From the pounding title-track to the frantic “Hole In My Pocket” to the more middle of the road “California 405,” War Of Kings has all the hallmarks of a Europe album. You’ve got the Joey Tempest swagger on “Children Of The Mind” and the slow song in “Angels (With Broken Hearts)” – the latter not showing an ounce of the cheese associated with slow songs from the ’80s hair metal scene.

In fact, it’s an almost perfect example of how Europe have never lost that ability to write classy, sassy rock songs be it a slow number like the aforementioned “Angels (With Broken Hearts)” or more uptempo, mane-shakers like “Nothin’ To Ya.” Described by Tempest as “the album we’ve always wanted to make,” War Of Kings clearly demonstrates those classic influences (Led Zeppelin, Deep Purple) whilst never losing that ability to sound like only Europe can.

War Of Kings has been almost two years in the writing but, by the sounds of it, it is an album into which the band have poured their hearts. While, those fans out there who were just there for “that song” have long since disappeared, Joey Tempest and Co. have a catalogue of other material that their hardcore following worship, War Of Kings now joins that impressive list.

Check out the song “War Of Kings” here.